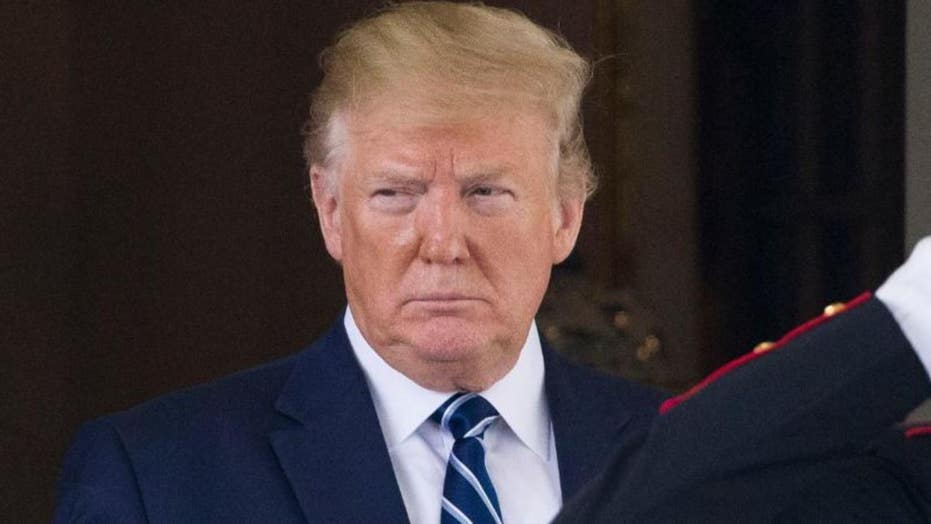 Republicans and immigration hawks are increasing pressure on President Trump to expand restrictions on immigration into the U.S. amid the dire economic situation — specifically calling on Trump to limit the number of temporary guest workers coming into the country.

“If the economy were booming and we had low unemployment, perhaps these measures wouldn’t be necessary,” Gooden told Fox News on Thursday. “We’re seeing 33 million Americans have lost their jobs and need to figure out how to make ends meet. We cannot be importing foreign labor to compete with them for whatever jobs are left.”

Trump signed an executive order last month after promising that he would “temporarily suspend immigration into the United States.” The eventual order cited “the impact of foreign workers on the United States labor market, particularly in an environment of high domestic unemployment and depressed demand for labor” as a reason for the restriction — as well as pressures on health care and other factors amid the coronavirus crisis.

While the order angered Democrats and immigrant activists, who called the move cruel and part of an anti-immigrant tone of his administration, immigration hawks were disappointed that it was more limited than the all-out moratorium they wanted and that Trump had appeared to promise.

The text of the order, which expires in late June, specifically applies to those seeking green cards from outside the U.S. — including those applying under the diversity lottery, work green cards and chain migration. But, crucially, the order doesn't include temporary guest worker programs for workers in industries like tech and agriculture, as well as seasonal workers.

On Thursday the Labor Department announced that initial jobless claims for the week that ended May 2 totaled 3.17 million, smaller than the previous week's total of 3.84 million. More than 33 million Americans have lost work over the past seven weeks, taking unemployment to levels not recorded since the Great Depression.

The House Republicans, in their letter, called the April executive order a “step in the right direction” but called on Trump to target guest worker programs next, noting that more than one million immigrants come in on such programs each year.

“As service industry businesses remain shuttered due to social distancing restrictions, hundreds of thousands of waiters, bartenders, cooks and managers have been jobless for months. They will be forced to compete for a limited number of positions with H-2B guest workers when venues re-open,” the letter says.

A similar letter from Republicans in the Senate calls for the suspension of new guest worker visas for either a year or until national unemployment figures return to normal levels.

“There is no reason why ... young people, especially, should not have access to seasonal, nonagricultural work such as summer resort employment or landscaping before those positions are given to imported foreign labor under the H-2B program,” the letter from Sens. Tom Cotton, R-Ark., Ted Cruz, R-Texas, Chuck Grassley, R-Iowa and Josh Hawley, R-Mo., reads.

“Likewise, there is no reason why unemployed Americans and recent college graduates should have to compete in such a limited job market against an influx of additional H-1B workers, most of whom work in business, technology, or STEM fields,” the senators' letter adds. 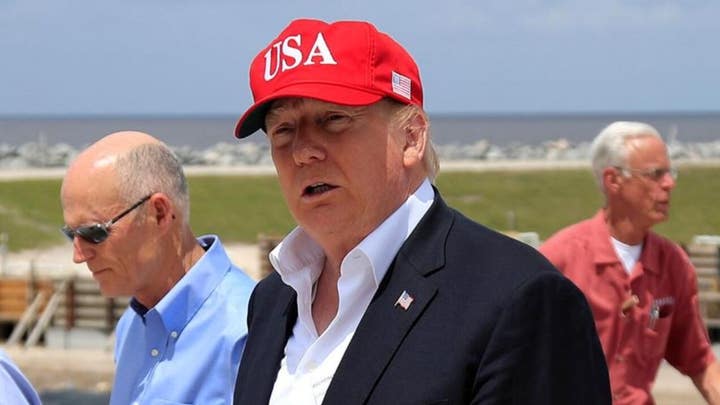 Like their colleagues in the House, the Senate letter also calls for the suspension of the EB-5 immigrant visa program for foreign investors, which was exempted in the original order.

The letters come after growing dissatisfaction from immigration hawks, both outside of Congress as well as within, about the order and what they see as a failure to adequately close down immigration in response to the crisis.

Trump has placed a number of immigration restrictions in place amid the crisis, including limiting travel at the land borders, turning away illegal immigrants and asylum seekers at the border, and the order restricting green cards. The State Department has temporarily suspended regular visa services, but that could be lifted a lot sooner than the time period for Trump’s restrictions.

The Federation for American Immigration Reform (FAIR) had strongly criticized the initial order and called on Trump to “do better” when the measures were up for review after 30 days. This week it renewed those calls for Trump to broaden the order.

“With growing unemployment numbers totaling over 30 million, it is unconscionable that the federal government continues to allow guest workers to flow in, taking jobs that would otherwise go to Americans,” FAIR President Dan Stein said in a letter.

But any move is likely to be fiercely opposed by Democrats, who claim the move by Trump is just an excuse to use the crisis to stoke anti-immigrant sentiment. Hakeem Jeffries, chairman of the House Democratic Caucus, called Trump “Xenophobe. In. Chief” after the order was announced. It is also likely to be opposed by business groups, who say that a flow of workers from abroad is vital to keep the economy ticking through an eventual recovery.

But Trump officials have indicated that they are considering expanding the order, although what form that might take is not yet clear. A section in the order that says that the secretaries of State, Labor and Homeland Security will in 30 days “review nonimmigrant programs and [recommend to Trump] other measures appropriate to stimulate the United States economy and ensure the prioritization, hiring and employment of United States workers.”