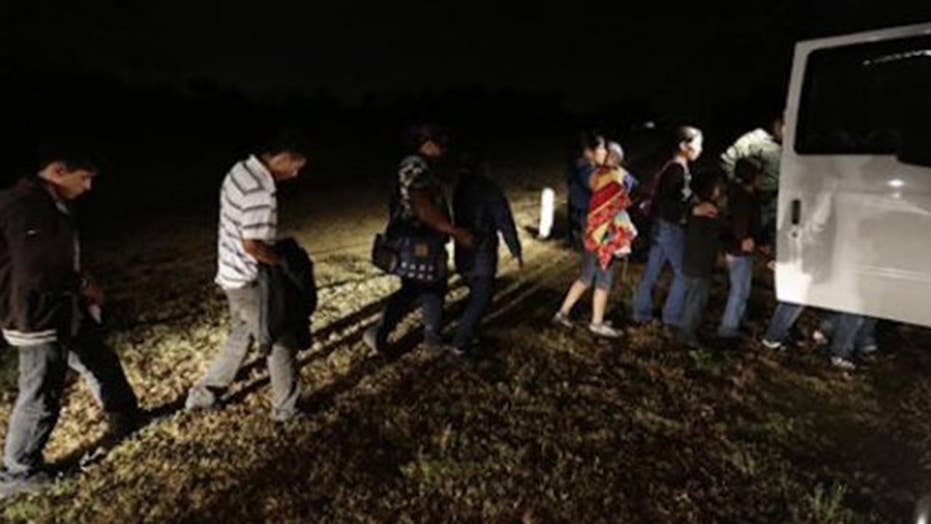 Bill cracks down on officials who help illegal immigrants

Steve Cortes, Cathy Areu debate if they should face fines and prison time.

A new report published Thursday by the Trump administration shows that 92 percent of foreign nationals in federal prisons are in the U.S. illegally — a revelation that Attorney General Jeff Sessions said proves why the U.S. needs to follow through on President Trump's proposed immigration reform.

The 2017 report, from the Departments of Justice and Homeland Security, found that more than one in five individuals imprisoned were not born in the United States. In addition, 94 percent of foreign nationals in the custody of either the Federal Bureau of Prisons or the U.S. Marshals Service entered the U.S. illegally.

Sessions said in a statement that Americans “are being victimized by illegal aliens who commit crimes. … The simple fact is that any offense committed by a criminal alien is ultimately preventable. One victim is too many.”

The attorney general also noted that, based on sentencing data, “non-citizens commit a substantially disproportionate number of drug-related offenses, which contributes to our national drug abuse crisis.”

By the end of the 2017 fiscal year, 58,766 known or suspect foreign nationals were imprisoned in the United States.

Newly-confirmed Secretary of Homeland Security Kirstjen Nielsen added that the report highlights “that more must be done,” and added the department “will continue to pursue President Trump’s immigration priorities.”

The report did not include information on incarcerations in state prisons or local jails. “State and local facilities do not routinely provide DHS or DOJ with comprehensive information about their inmates and detainees—which account for approximately 90 percent of the total U.S. incarcerated population,” the report said.

This past October, the Trump administration announced it was seeking several major changes to the country's immigration system, as the president pushes forward with his plans for a wall along the Mexico border. The requests included additional crackdowns on “sanctuary cities” that protect illegal immigrants; reducing the number of incoming refugees; 10,000 more Customs and Border Patrol agents; and new initiatives curbing the number of unaccompanied immigrants who come to the U.S. illegally as children. Democrats already have said many of the White House's terms are off the table.

It remains unclear when the wall might actually go up. Trump campaigned on building it and set an ambitious timetable for construction. But aside from potential funding and political complications, there have been court challenges from geologists.

Critics also have said the barrier would be ineffective and costly. On the campaign trail, Trump said Mexico would pay for the bill, which Mexico has flatly denied. The actual cost of the wall has not been clear.