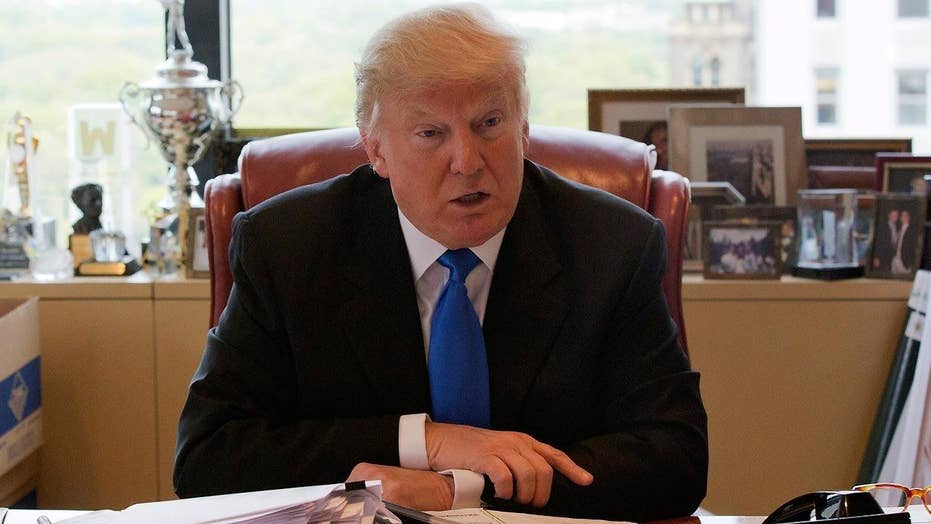 Billionaire Republican donor Sheldon Adelson is reportedly willing to give Donald Trump as much as $100 million for his presidential campaign -- a purported record-setting amount for the wealth casino magnate.

Trump will indeed need the support. Much of the billionaire businessman’s success in the primary race came from his ability to fund his own campaign and tell voters that he is not beholden to corporate, Wall Street or lobbyists’ interests.

However, his own wealth and small-donor contributions would be no match for those of Hillary Clinton and the Democratic machine behind her if the front-running Clinton becomes Trump’s general election opponent.

Trump has since being declared the presumptive nominee on May 3 met with Washington Republicans to begin coordinating fundraising efforts for his general election bid and those of other Republican candidates on November ballots.

The Times reports that the Las Vegas-based Adelson’s commitment to Trump will result in Adelson scaling back his contributions to congressional Republicans, who are in a tough fight to keep control of the Senate.

Trump says he has already loaned his primary campaign $50 million and would need as much as a $1 billion for a White House bid.

Exactly how Adelson would contribute to Trump’s effort is unclear. But such a large sum would require him, after giving directly to the Trump campaign, to donate through a super PAC because they allow unlimited donations. (Trump so far has been outspoken about the amount of influence super PACs have in politics.)

In 2012, Adelson contributed at least $98 million to Republican efforts, according to a study by ProPublica cited by The Times. But that money went to 34 separate campaigns and groups.