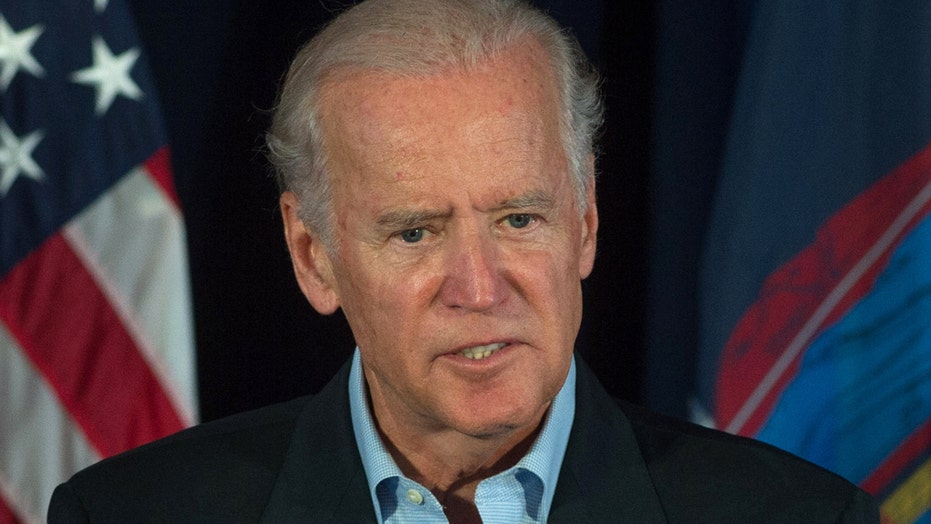 Your Buzz: Are media tearing up for Biden?

Vice President Biden’s aides in recent days called Democratic donors and supporters to suggest he is more likely than not to enter the 2016 race, and their discussions have shifted toward the timing of an announcement, said people familiar with the matter, according to The Wall Street Journal.

While the Biden team is still debating the best time to jump in, the vice president met Monday with his political advisers and talked about the merits of an early entry that would assure him a place in the Democratic debate scheduled for Oct. 13. They also are honing his campaign message and moving ahead with plans to raise money and hire staff, the people said.

A big factor in Biden’s decision remains whether he can work through the emotional toll of the recent death of his elder son, Beau Biden. But the shift in the deliberations to the timing of an announcement is a fresh sign that he is moving closer to a bid.

Biden traveled Wednesday to deliver a speech in Florida, amid speculation about a possible presidential bid.

His entry would coincide with Democratic front-runner Hillary Clinton’s ramped-up efforts to reassure her backers that the probes into her use of a personal email server while she was secretary of state won’t derail her candidacy.

The controversy has produced a month of bad headlines for Clinton and helped boost her chief rival, Vermont Sen. Bernie Sanders, in the polls.

The Democratic debate next month is one of two important events in October that are on the minds of Mr. Biden’s top advisers as they consider a campaign start date. The other is Clinton testifying Oct. 22 on Capitol Hill about the 2012 attacks in Benghazi, Libya, when she was secretary of state and in which four Americans were killed.

During his travels in recent days, Biden also has squeezed in meetings with Democratic officials and constituencies that could prove helpful in a race.

In California this week, Biden met with an official from the Culinary Workers Union and other elected officials, including Los Angeles Mayor Eric Garcetti.