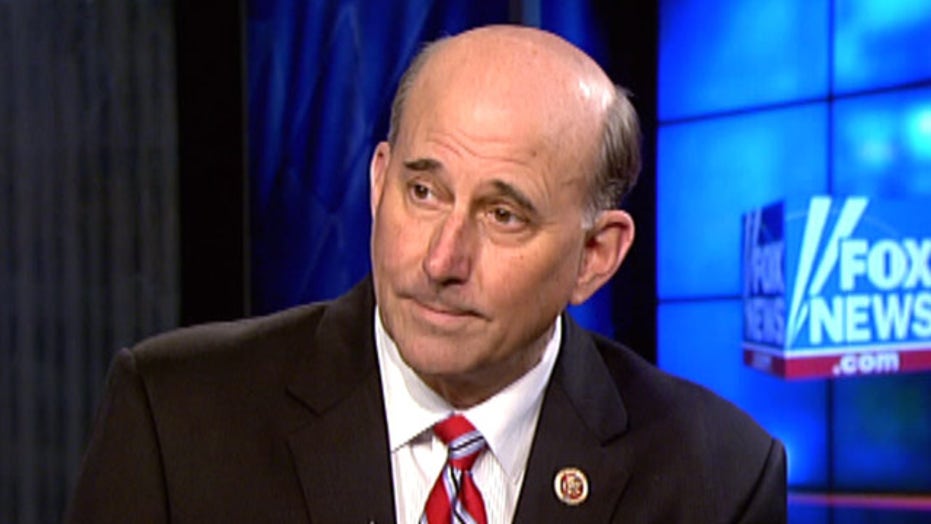 Rep. Louie Gohmert on Iran and why the US owes Israel an apology

The U.S. has imposed strict sanctions on Iran to curb its nuclear program, though they have been eased amid a short-term nuclear deal. But many, including Israeli officials, fear the sanctions are not enough and Israel is at risk if Tehran were to mount a nuclear attack.

"I think we owe Israel an apology," Gohmert told Fox News contributor Mallory Factor on FoxNews.com. "We should never put Israel in a position of having to defend both of us."

Gohmert said the U.S. should do everything possible to support Israel, including sending F-35s the country has requested.

"We need to get them the F-35s they need," said Gohmert. "We ought to give them our best bunker-busters because I think Bibi [Benjamin] Netanyahu has the will and the credibility to be a threat."

Gohmert said Iran does not view Obama as a credible threat, and therefore will continue nuclear proliferation.

Obama's threat of stricter sanctions is not enough, according to Gohmert. The Texas representative said the U.S. should be prepared to take military action if needed -- something the administration suggests it has not taken off the table.

"[Iran has] to open [nuclear facilities] up to the IAEA and to U.S. inspectors and we've got to make sure you've gotten rid of everything. Otherwise, let's blow them all up, all the sites up, until we're satisfied we've eliminated them as a threat," said Gohmert. "I don't think we would have to do it, but they sure need to know we would do it if we needed to."

Watch the video above for the full interview.