On 'America's Newsroom,' Republican lawmaker from Kentucky says there needs to be an investigation into the FISA abuses.

Kentucky GOP Sen. Rand Paul on Sunday blasted former CIA Director John Brennan for suggesting that President Trump will be remembered as a “disgraced demagogue,” saying that Brennan spying on Americans while running the agency was disgraceful.

“This man had the power to search every American’s records without a warrant,” Paul tweeted Sunday. “What’s disgraceful is attacking the Bill of Rights and the freedom of every American.”

Paul’s professional dislike for Brennan is epic and goes back years.

In 2013, he staged a historic, 13-hour filibuster on the Senate floor to block President Barack Obama’s nomination of Brennan to lead the CIA, demanding answers to such concerns as whether the administration would execute a drone strike on an American on U.S. soil.

Then, 18 months later, Paul joined in a bipartisan call to have Brennan removed as the CIA chief, following revelations that the agency had spied on Senate Intelligence Committee staffers.

The most recent criticism follows Brennan’s response to Trump on Friday night after Attorney General Jeff Sessions fired FBI official Andrew McCabe two days before his retirement and eligibility for a full pension.

Sessions said he fired McCabe, the FBI’s onetime deputy director, following an FBI report and an inspector general’s report on McCabe’s handling of the investigation into Hillary Clinton’s use of private email servers while she was secretary of state.

“When the full extent of your venality, moral turpitude, and political corruption becomes known, you will take your rightful place as a disgraced demagogue in the dustbin of history,” tweeted Brennan, who on his Twitter page declares himself non-partisan. “You may scapegoat Andy McCabe, but you will not destroy America...America will triumph over you.” 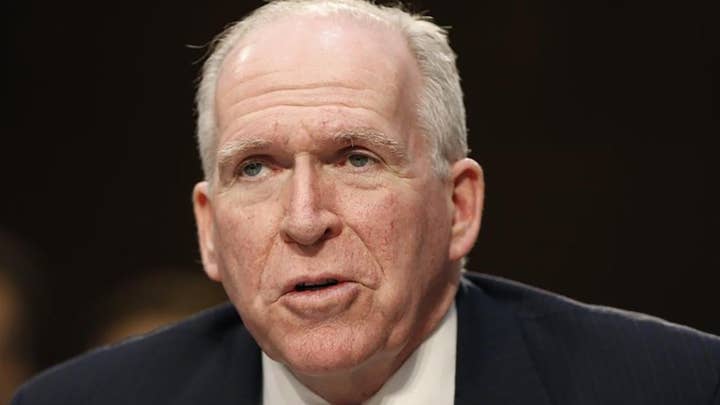 “A year ago, media narrative was that intel chiefs were a bunch of apolitical boy scouts,” tweeted Mollie Hemingway, an editor for the online magazine The Federalist and a Fox News contributor. “As Brennan's increasingly unhinged tweets show, a year later, that narrative (and push by compliant media) looks patently absurd.”

Samantha Power, a U.N. ambassador for Obama, this weekend defended the ex-CIA director, tweeting, “Not a good idea to piss off John Brennan,” then had to send a follow-up tweet in an attempt to quell the backlash.

“Whoa! Just home & see much misinterp. of earlier tweet. It’s testament to polarized times that it cd be misread as referring to something other than Brennan’s indignation,” Power tweeted. “So will translate: not a good idea to upset @JohnBrennan bc/ he will raise an angry (& eloquent) voice.”