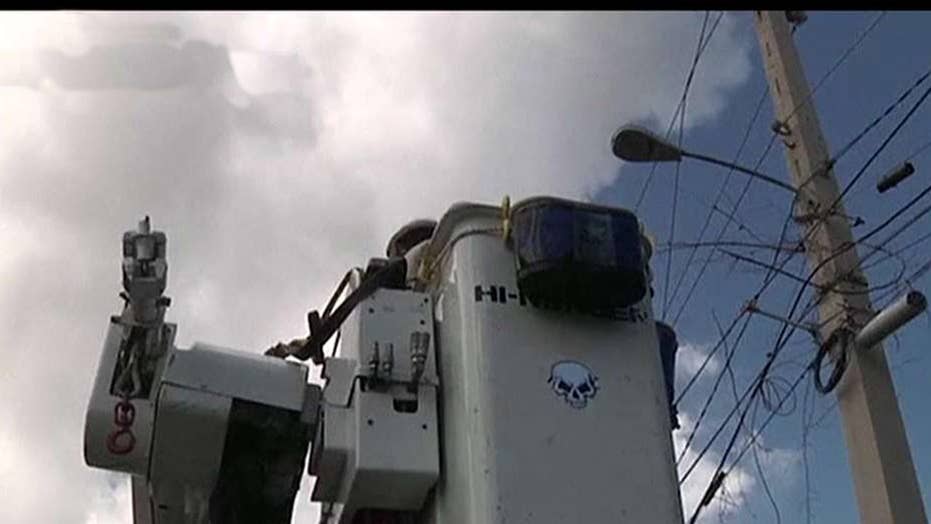 Puerto Rico's bankrupt electric utility ignored advice from its own lawyers before signing an expanded contract worth $300 million with a tiny Montana company to repair its damaged power grid, newly released documents show.

Those recommendations and others were ignored as the power authority expanded a no-bid deal with Whitefish, which is based in Interior Secretary Ryan Zinke's hometown and had just two employees when Hurricane Maria hit in September.

The Puerto Rican Electric Power Authority, also known as PREPA, signed an expanded contract with Whitefish on Oct. 17 without making changes recommended by the law firm. The contract built on an earlier agreement PREPA and Whitefish signed days after the hurricane hit on Sept. 20.

The Oct. 17 contract raised the total payments allowed to Whitefish to $300 million, including linemen hired at a rate of more than $300 per hour.

The documents were released by the House Natural Resources Committee ahead of a hearing Tuesday.

Rep. Rob Bishop, R-Utah, the panel's chairman, said "a legacy of dysfunction" at PREPA has created "a competence deficit" that threatens Puerto Rico's ability to improve conditions for its 3.4 million citizens.

The utility's executive director acknowledged mistakes Tuesday as the utility sought immediate help in the aftermath of the storm, which destroyed the island's power grid. Nearly 60 percent of the island remains without power nearly two months later.

"In retrospect, there are some steps in our contracting process with Whitefish that we could have done better," Ricardo Ramos told the Senate Energy and Natural Resources Committee. "I chose to contract with Whitefish because my priority was securing the immediate assistance that we needed to begin restoring power as quickly as possible to our most critical customers."

Whitefish was one of only two companies that offered immediate services, Ramos said. The other company required a guaranteed payment of $25 million -- money the bankrupt utility did not have, he said.

"I therefore authorized our contracting staff to execute a contract with Whitefish while we continued to seek additional assistance from others for the complete, multibillion-dollar restoration effort still to come," he said.

But lawmakers from both parties criticized the power authority for failing to seek mutual assistance from other public power providers -- assistance that was offered to Florida and Texas utilities following hurricanes Harvey and Irma.

"Let's be very clear about this. The reason why you have mutual aid contracts is to rebuild at cost," said Sen. Maria Cantwell, D-Wash. "So the notion that someone comes in there to gouge the Puerto Rican government and the U.S. taxpayer, charging them an exorbitant rate and then writing a contract so that it can't be reviewed properly, was a great injustice to the U.S. taxpayer."

Whitefish said in a statement that allegations the company "gouged" taxpayers were unfair.

"There were no `market price"' for this type of storm work on an island that had virtually no power and no external communications and whose access roads and transportation infrastructure were destroyed," the company said. "This, combined with PREPA's failure to maintain its right of ways, meant that the scope of work facing Whitefish Energy was unprecedented."

The company had to pay premium rates to attract workers at a time when basics such as housing, food and water "required enormous efforts."

Given the magnitude of the work and time of year, "any contractor would pay a premium to attract the labor to come to Puerto Rico to work," the company said.

Puerto Rico's governor has asked the federal government for $94.4 billion as the island struggles to recover from the damage inflicted by Hurricane Maria, with much of the U.S. territory without power and thousands still homeless.

So far, Congress has approved nearly $5 billion in aid for Puerto Rico, where Hurricane Maria caused widespread damage on Sept. 20 and the worst blackout in U.S. history.