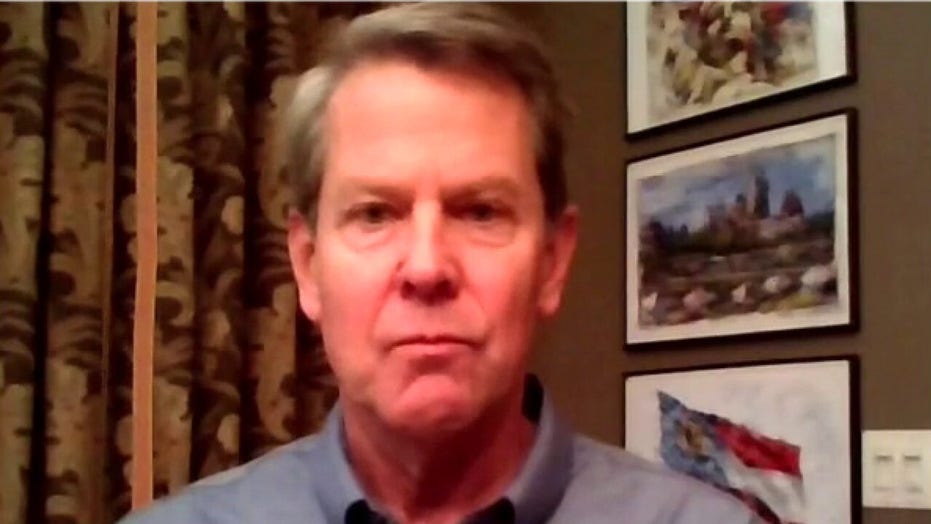 President Biden had claimed that Georgia's law blocked people from providing voters with food and water while the stood in line. He also accused the Republican-led state was ending voting at 5 p.m., "when people are just getting off work."

Georgia's law actually standardizes what's considered "normal business hours" to mean 9 a.m. to 5 p.m. but still allowed counties to extend their voting hours to as early as 7 a.m. and as late as 7 p.m. It also allows poll workers to provide self-service water from an unattended receptacle within 150 feet but prohibits people from actively distributing food and drink within that distance.

On Thursday, Psaki didn't back down from Biden's comments, but rather defended them.

"It standardizes the ending of voting every day at five, right?" Psaki asked FOX Business' Edward Lawrence while referring to the law. "It just gives options. It gives options to expand it, right, but it standardized it at five. It also makes it so that outside groups can’t provide water or food to people in line, right?"

Her comments came after The Washington Post gave Biden four pinocchios for his claim about voting times.

"Biden framed his complaint in terms of a slap at working people," The Post's Glenn Kessler wrote. "The law would 'end voting at five o'clock when working people are just getting off work' or 'ends voting hours early so working people can't cast their vote after their shift is over.'"