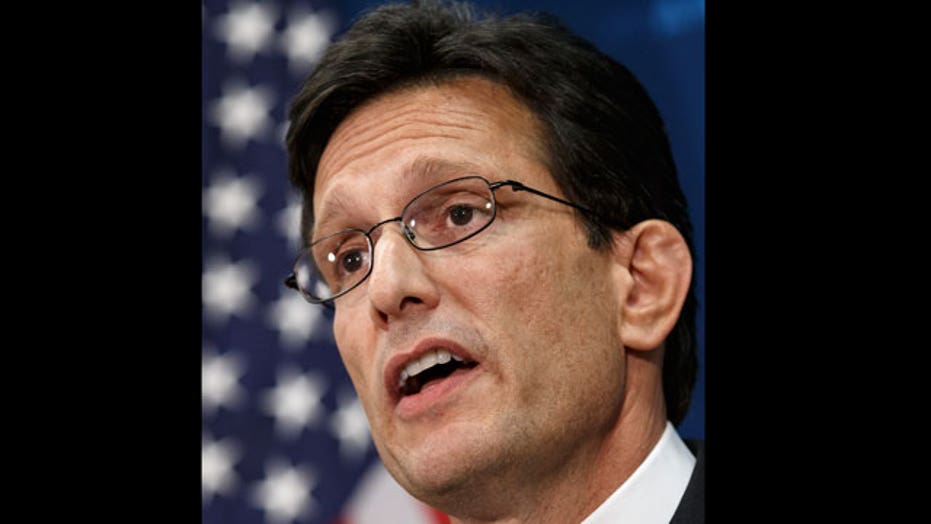 On campus at Virginia's Randolph-Macon College -- where there are only 1,300 students and 100 faculty -- it seems like everybody knows everybody. That includes the two professors now competing for the same congressional seat.

One, Republican David Brat, already has attracted national attention after defeating House Majority Leader Eric Cantor in Tuesday's primary. He teaches economics at R-MC. But his Democratic opponent in the fall, Dr. Jack Trammell, also teaches at the school.

"The two have a very respectful, very friendly relationship," said student Derek Dittmar. "They played on the basketball team together."

Both are held in rather high regard on campus. Students say even Brat's 8 a.m. classes are fun.

There is something the GOP hopeful is a stickler for, though.

"He really doesn't like when people show up to class in flip flops," explained student Angelina Sportelli.

"Every morning, we were expected to wear business casual," Calice said.

Trammell's sociology students describe as down to earth.

One of Trammell's students, Kayla Smith, says the candidate for the congressional seat in Virginia's 7th District is very understanding about personal needs. Trammell is the director of disability support services at the Ashland, Va., school.

Other students recall the professor playing music and enjoying the "X-Files."

He is also said to have chaperoned a very unique study abroad program. "He took students with him to Romania to go on the path of Dracula," Dittmar explained.

Ultimately, the buzz on campus doesn't seem to be about whether the winner will be red or blue, though. Just that he'll be a Yellow Jacket (the school's mascot).

"It's just awesome to think that there will be Randolph Macon in D.C.," Calice said.

College President Robert Lindgren said the school is hopeful their professors turned politicians will agree to participate in a debate at the school.

Lindgren also plans to try to retain the winning professor, post-November, because he says it's so rare to have a sitting congressman on a college campus.