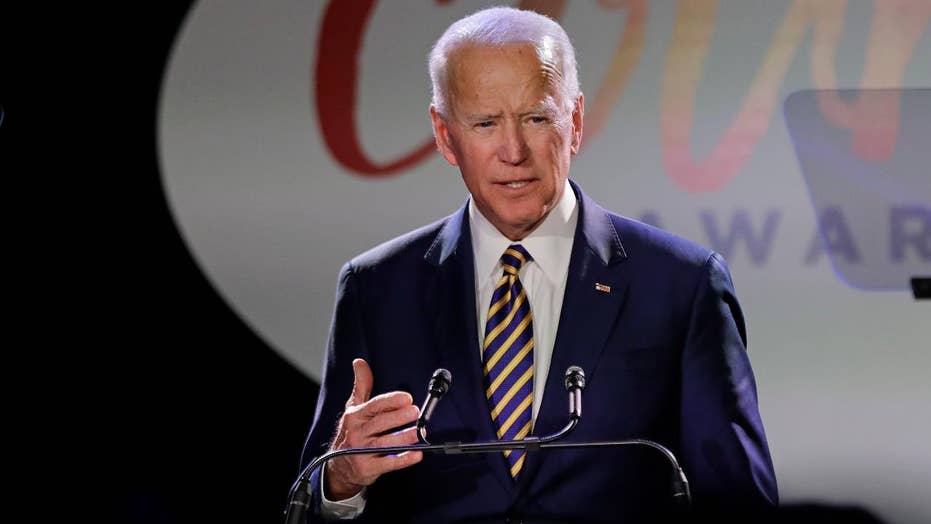 Will accusations of misconduct toward women keep Joe Biden from entering 2020 race?

The 60-second spot from Great America PAC, entitled "Creepy Joe," shows images of children watching a CNN interview with former Nevada Assemblywoman Lucy Flores, who claimed last week that Biden approached her from behind, smelled her hair and kissed the back of her head in 2014.

"It happened all so suddenly, very unexpectedly, out of nowhere," Flores says in the ad. "I feel Joe Biden put his hands on my shoulders, get up very close to me from behind, lean in, smell my hair, and then plant a slow kiss on the top of my head. To have the vice president of the United States do that to me so unexpectedly and just kind of out of nowhere, it was just shocking. It was shocking because you don't expect that kind of intimate behavior, you don't expect that kind of intimacy from someone so powerful and someone who you just have no relationship whatsoever to, to touch you and to feel you and to be so close to you in that way."

As Flores speaks, the ad displays a gauzy montage of infamous touchy-feely moments involving Biden. Prominently featured are Biden putting his hands on the shoulders of Stephanie Carter, the wife of then-Defense Secretary Ash Carter; leaning close and whispering something to Maggie Coons, the teenage daughter of Sen. Chris Coons, D-Del.; and putting an arm around the waist of a daughter of Sen. Cory Gardner, R-Colo.

The ad closes with the tagline "Our children are watching," a reference to the Clinton campaign's "Role Models" ad from 2016. That ad showed some of the same children watching some of Trump's most controversial moments on the campaign trail, including his apparent mocking of a disabled reporter and bragging that he could "stand in the middle of Fifth Avenue and shoot somebody, and I wouldn't lose any voters."

"Our children are watching," the Clinton ad was captioned. "What example will we set for them?"

Sources told Fox News that the "Creepy Joe" ad will run on digital platforms as part of a six-figure ad buy unless Biden officially enters the presidential race. If that happens, the commercial will air on national TV.