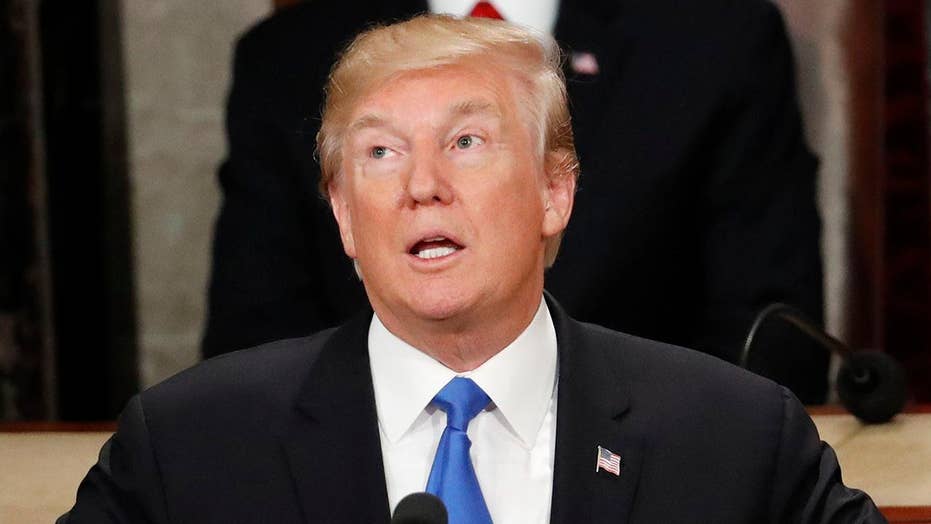 Will Trump use State of the Union address to declare a national emergency to build his proposed border wall?

President Donald Trump on Monday unveiled who he's invited as guests to attend his second State of the Union address.

The White House invited 13 people to attend the address Tuesday night on Capitol Hill. The invitees come from many different backgrounds, including a young boy who shares the same last name as the president.

DEMOCRATS TROLL TRUMP WITH STATE OF THE UNION GUESTS

Josh Trump, a sixth grader in Wilmington, Delaware, is scheduled to attend the address. The 11-year-old has been bullied at school because of his name, his mother has said.

Josh Trump, 11, has been bullied for having the same last name as President Trump. (White House)

The boy's school acknowledged the bullying was an issue, and changed his name in their school system to his father's name.

ILLEGAL IMMIGRANT LINKED TO NEVADA KILLING SPREE WAS FROM EL SALVADOR, ACCORDING TO ICE

Also among Trump's guests are relatives of a Nevada couple who was killed — allegedly at the hands of an illegal immigrant who was employed as a landscaper at their home in Reno.

The Davids' relatives — Debra Bissell, Heather Armstrong and Madison Armstrong — were invited to the president's address.

Debra Bissell, Heather Armstrong and Madison Armstrong -- relatives of Gerald and Sharon David -- are scheduled to attend the State of the Union as Trump's guests. (White House)

Trump tweeted about the Nevadans' deaths after it was reported Martinez-Guzman was in the U.S. illegally, and said their murders prove the need for "a powerful wall."

ALICE JOHNSON: PRESIDENT TRUMP FREED ME FROM PRISON — I'M GLAD HE WANTS TO GIVE OTHER NONVIOLENT OFFENDERS THEIR FREEDOM

Alice Johnson, the woman whose life sentence was commuted by Trump in June, is also among those set to attend. 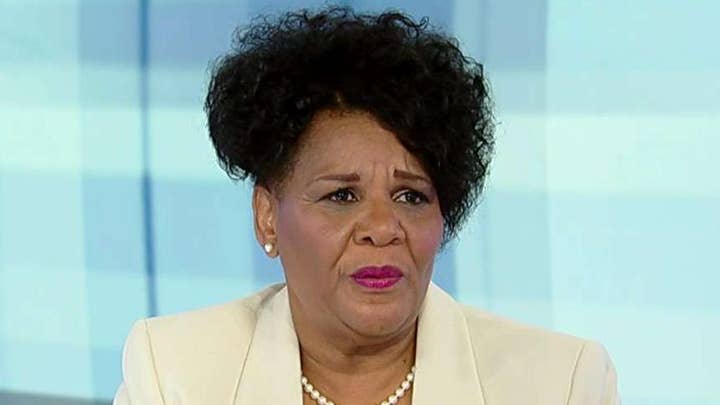 The 63-year-old woman's sentence was reversed after reality TV star Kim Kardashian West took up her case and met with Trump at the White House to plead for clemency.

Johnson promised to Fox News in June that she'd "make [Trump] proud" after he gave her a "second chance at life."

“Thank you so much, President Trump, for taking the time to look at my case and to really look at me,” she said.

Trump's address is scheduled for Tuesday night at 9 p.m. ET.