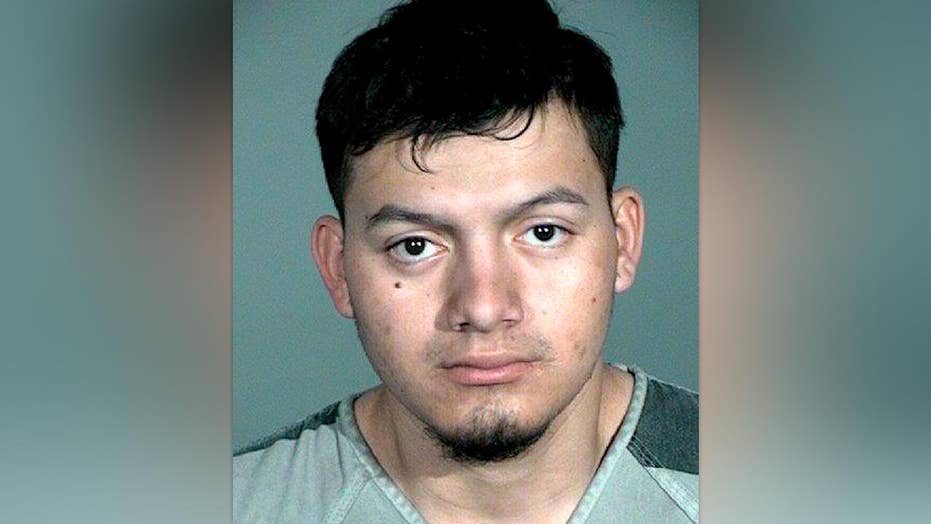 Former Nevada GOP chair Amy Tarkanian on the importance of federal and local authorities working together.

A 19-year-old Salvadoran immigrant has been charged with murder in the deaths of four people in northern Nevada earlier this month, prosecutors announced Monday.

Wilber Ernesto Martinez-Guzman also has been charged with five counts of burglary in the latest criminal complaint, which was filed to a court in Reno along with an affidavit and warrant for his arrest.

Martinez-Guzman has been in prison since his arrest in Carson City on a federal immigration hold Jan. 19. Investigators said he's the only suspect in the murders of 56-year-old Connie Koontz, 74-year-old Sophia Renken and married couple Gerald and Sharon David, who were 81 and 80, respectively.

Martinez-Guzman had worked for a landscaping company at the Davids' property for four months, ending last July. It was not immediately clear if the job linked him to Koontz or David.

At a news conference Monday, Douglas County District Attorney Mark Jackson said Martinez-Guzman broke into "outbuildings" on the sprawling David property on Jan. 3 and Jan. 4 and made off with a cache of rifles and a .22-caliber revolver. The prosecutor added that the suspect used the handgun to kill Koontz and David in their homes in Gardnerville, south of Carson City. Koontz was found dead Jan. 10. Renken's body was found Jan. 13.

A report filed with a Carson City judge says that the gun was recovered from a 2006 BMW 325i Martinez-Guzman was driving when he was arrested. The car was registered to Martinez-Guzman's mother, Sonia Guzman, who was questioned by immigration authorities following her son's arrest and given a hearing date.

Martinez-Guzman previously was arraigned in Carson City last Thursday on felony counts of burglary and possession of stolen property, as well as weapons charges. He was accused of possessing weapons and pawning property stolen from the victims and was ordered held on $500,000 bail with a preliminary hearing on those charges set for Feb. 8. 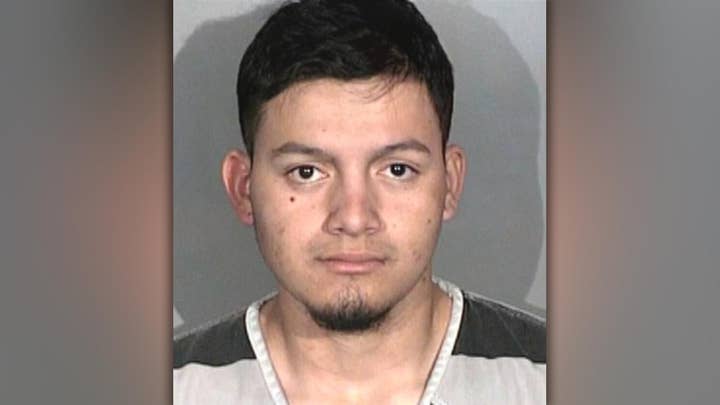 Martinez-Guzman will be held without bail in Washoe County, District Attorney Chris Hicks told reporters. The suspect is to be prosecuted for all four murders in Reno and Hicks and Jackson plan to lead the prosecution personally.

"His conviction is our highest priority," said Hicks, who added that it could be 30 days before prosecutors decide whether to pursue the death penalty.

The case has drawn national attention, with President Trump tweeting last week that the murders showed the need for his proposed U.S.-Mexico border wall, which was at the center of the recent partial government shutdown.