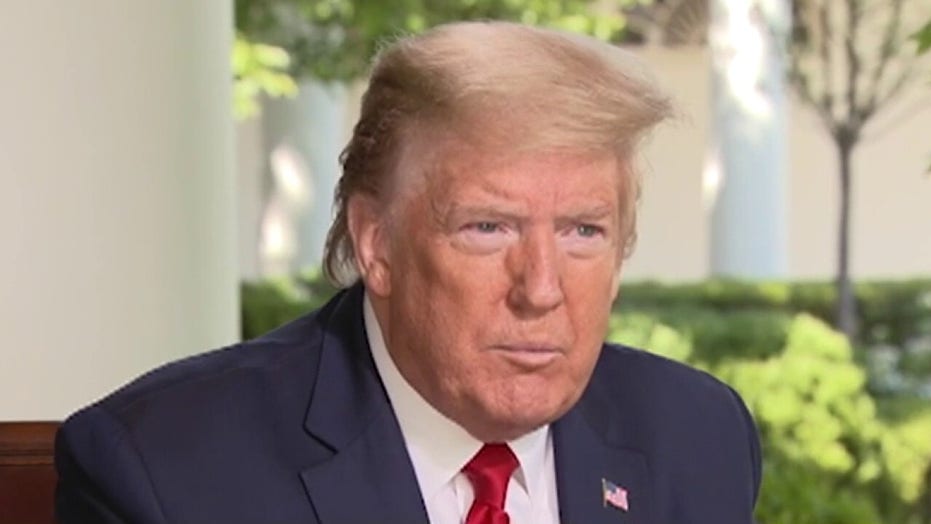 Trump: Unmasking of Flynn is greatest political scam in history of our country

President Trump called the Russia Probe “the greatest political crime in the history of our country, ” and labeled his former National Security Adviser Michael Flynn a hero, in an exclusive interview that aired Sunday with Fox Business anchor Maria Bartiromo.

Trump's comments, during the interview on “Sunday Morning Futures,” come after the Justice Department this month moved to drop its case against Flynn, in a stunning development that follows internal memos being released and raises serious questions about the nature of the investigation that led to Flynn’s late 2017 guilty plea of lying to the FBI.

“They [FBI agents] weren't after General Flynn. They wanted him to lie about me, make up a story,” Trump told Bartiromo. “And, with few exceptions, nobody did that.”

He added, “If I were a Democrat instead of a Republican, I think everybody would have been in jail a long time ago; and I'm talking with 50-year sentences.”

“It is a disgrace what's happened,” he continued. “This is the greatest political scam, hoax in the history of our country.”

Trump went on to say that “people should be going to jail for this stuff and hopefully a lot of people are going to have to pay.”

He continued, “No other president should have to go through [this] and I'll tell you, General Flynn and others are heroes.”

TRUMP ON CHINA: 'WE COULD CUT OFF THE WHOLE RELATIONSHIP' 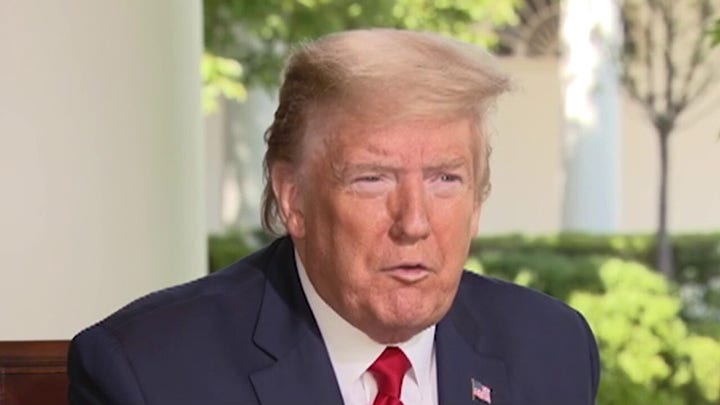 Trump also reacted to top Obama administration officials, including former Vice President Joe Biden, purportedly requesting to “unmask” the identity of Flynn -- whose calls with the former Russian ambassador during the presidential transition were picked up in surveillance and later leaked.

The list of names was revealed after it was declassified in recent days by Acting Director of National Intelligence Richard Grenell and then sent to GOP Sens. Chuck Grassley and Ron Johnson, who made the documents public.

The unmasking concerns events between the November 2016 election and Inauguration Day 2017.

“This was all Obama. This was all Biden. These people were corrupt,” Trump told Bartiromo. “The whole thing was corrupt and we caught them.”

Trump went on to say that “they never thought” that they would get “caught in the act,” adding, “they got sloppy.” 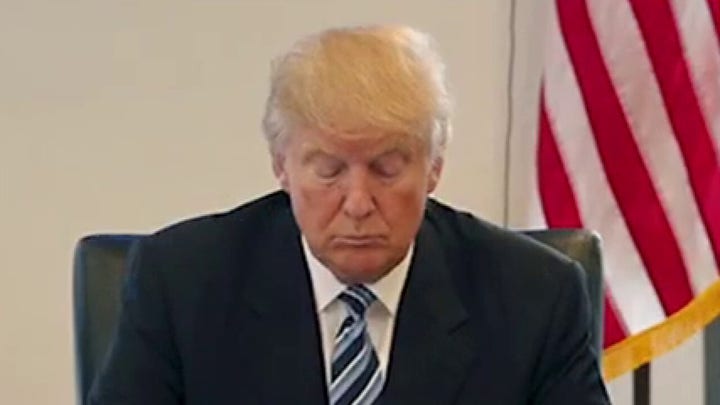 Trump elaborated, telling Bartiromo that he thinks “Comey is a corrupt person… Brennan [is] bad. They’re all bad. Clapper is not a smart guy in charge of intelligence.”

“But here's the thing: It was impossible for it to happen without the man that sits right in that chair in the Oval Office. He knew everything,” he continued.

Bartiromo then asked Trump, “Do you believe President Obama directed the U.S. intelligence agencies to spy on you?”

“Yes, he probably directed them, but if he didn't direct them, he knew everything,” Trump said in response.

Trump then brought up text messages between FBI paramours Peter Strzok and Lisa Page, which included an exchange about preparing talking points for Comey to give to President Obama, who wanted “to know everything we’re doing." The pair both worked at one point for Special Counsel Robert Mueller's probe of alleged collusion between the Trump campaign and Russia.

Trump added that “if this happened to Obama instead of me everybody would be in jail for years already.”

“It's a disgraceful thing,” he continued. “But, we caught them in the act. It's a beautiful thing. And, every day, we're seeing more and more information come out.”

He later tweeted Sunday, “The Obama Administration is turning out to be one of the most corrupt and incompetent in U.S. history. Remember, he and Sleepy Joe are the reasons I am in the White House!!!”

In his interview, Trump went on to say that “Comey and all these guys” were “guarding the fort.”

“And once they left, it got easier and easier and now it's like an avalanche of really bad, call it treason, call it whatever you want, but they tried to take down a duly elected president of the United States,” he said. 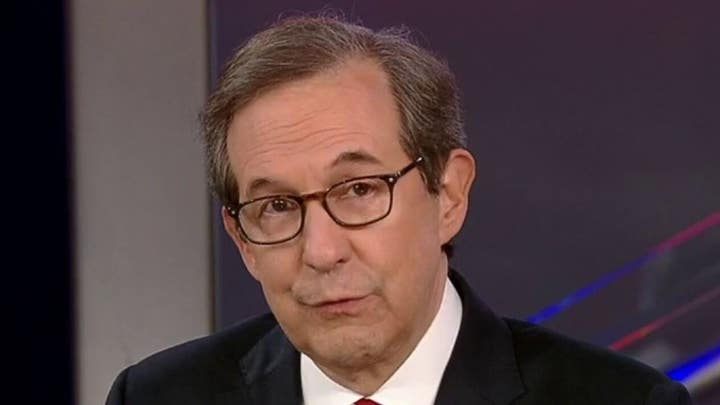 Trump also brought up Biden’s appearance on ABC News’ “Good Morning America” last week where the presumptive Democratic presidential nominee said that he was “aware” at the time of the investigation started by Obama administration officials into Flynn.

During the interview, ABC anchor George Stephanopoulos pressed Biden, questioning whether he attended the Oval Office meeting on Jan. 5, 2017, where Flynn apparently was discussed.

In response, Biden said, “I was aware that there was—that they asked for an investigation, but that’s all I know about it, and I don’t think anything else ...”

“He could barely speak,” Trump told Bartiromo, referencing Biden's interview on ABC. “He was on ‘Good Morning America,’ right? And, he said he didn't know anything about it… right after he said that, it gets released that he was one of the unmaskers, meaning he knew everything about it, so he lied to your friend George Stephanopoulos.”