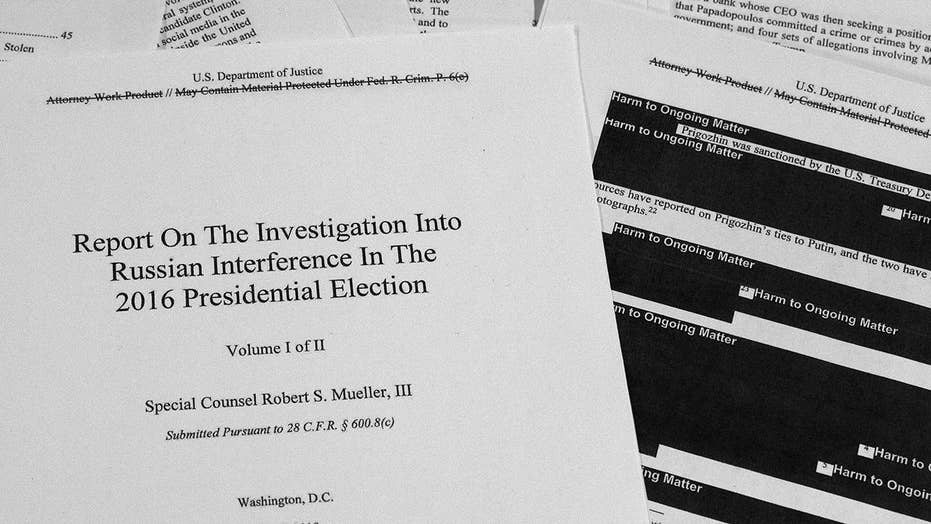 President Trump and his legal team declared victory Thursday as Special Counsel Robert Mueller’s Russia report was released -- with the president repeating his "no collusion" mantra and saying “this should never happen to another president again.”

“I’m having a good day, too, it’s called ‘no collusion, no obstruction,’” he said in remarks for the Wounded Warrior Project Soldier Ride, at the White House. “There never was by the way, and there never will be.”

He also promised “to get to the bottom of these things,” hinting at calls for the origins of the two-year investigation to be reviewed.

Mueller’s report dropped at 11 a.m., spanning over 400 pages. Attorney General William Barr, who had issued a four-page summary of its findings last month, held a press conference Thursday morning and repeated his conclusions that the investigation found no evidence of collusion between Russia and Trump campaign officials in the 2016 presidential election.

The report itself said: “[T]he investigation did not establish that members of the Trump Campaign conspired or coordinated with the Russian government in its election interference activities.”

As for allegations of obstruction of justice, the report recounts 10 episodes involving Trump and, Barr said, “discusses potential legal theories for connecting these actions to elements of an obstruction offense.” But Barr said the White House “fully cooperated” with the investigation, and that he concluded that the evidence is not sufficient to establish an obstruction-of-justice offense by Trump. 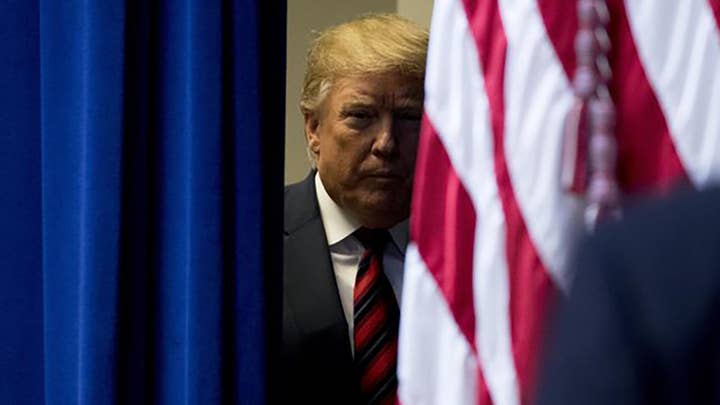 Trump and his allies have repeatedly declared victory even as Democrats have indicated that they intend to continue their own investigations, and are seeking to question Mueller and to challenge the decision by the Department of Justice to redact parts of the report.

EX-FBI ASSISTANT DIRECTOR ON MUELLER REPORT: 'WE NEED TO TAKE A LOOK AT HOW THIS STARTED'

Trump himself tweeted that it was “game over” for his political opponents on Thursday, while his legal team issued a lengthy statement, describing the report as a “total victory for the President.”

“The report underscores what we have argued from the very beginning -- there was no collusion -- there was no obstruction. After a 17-month investigation, testimony from some 500 witnesses, the issuance of 2,800 subpoenas, the execution of nearly 500 search warrants, early morning raids, the examination of more than 1.4 million pages of documents, and the unprecedented cooperation of the President, it is clear there was no criminal wrongdoing," the statement said.

"This vindication of the President is an important step forward for the country and a strong reminder that this type of abuse must never be permitted to occur again," it said.

Rudy Giuliani, one of the members of that team, appeared on "America's Newsroom" and brushed off questions about obstruction, saying that "the big victory is no collusion with the Russians."

“You’re not going to find a darn thing [in the report] that President Trump or anyone on his campaign had anything to do with whatever the Russians were doing," he said.