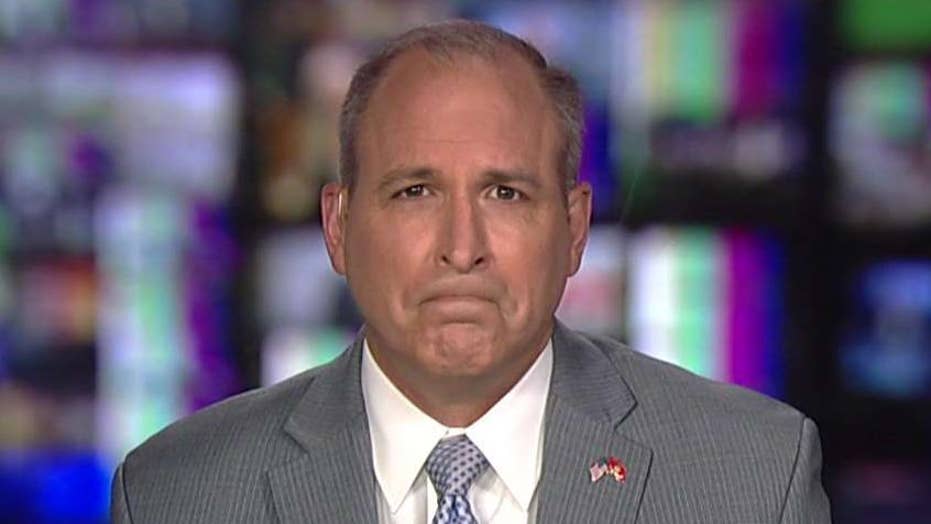 How can the FBI rebuild its reputation after the Russia probe?

With many past FBI leaders embroiled in the 2016 campaign investigation controversy, former FBI assistant director Mark Morgan says the agency needs to be examined from the top down.

A former FBI assistant director believes the investigation by the Inspector General into the origins of the Russia probe will uncover the motives from past high ranking members of the bureau and it’s something that every American citizen should want to see as well.

Mark Morgan, who worked in the bureau for more than 20 years including a 3-year stint as the assistant director to the FBI’s training division, told “Fox & Friends” on Thursday that part of the FBI re-building its reputation after the last two years is to go back and see if past leaders had an agenda against President Donald Trump.

Morgan continued: “We should be taking a look at this. Every American citizen should want this to be looked at. I know the FBI does as well.”

The Department of Justice is expected to release a redacted version of the nearly 400-page report by Special Counsel Robert Mueller into Russian election meddling on Thursday. The document was expected to be delivered to lawmakers and posted online by noon.

The chairman of the House Judiciary Committee, Democrat New York Rep. Jerrold Nadler, has said he is prepared to issue subpoenas "very quickly" for the full report if it is released with blacked-out sections, likely setting in motion a major legal battle.

Barr on Thursday affirmed that Special Counsel Robert Mueller found no evidence of collusion between members of the Trump campaign and the Russians during the 2016 presidential election, addressing reporters shortly before he is expected to release Mueller's report to Congress and to the public.

During the highly anticipated press conference at the Justice Department on Thursday, Barr, joined by Deputy Attorney General Rod Rosenstein, outlined the findings from Mueller's investigation and explained their process for review and their decisions to redact certain material in the report.

"After nearly two years of investigation, thousands of subpoenas, and hundreds of warrants and witness interviews, the Special Counsel confirmed that the Russian government-sponsored efforts to illegally interfere with the 2016 presidential election but did not find that the Trump campaign or other Americans colluded in those schemes," Barr said, adding that Americans "should be grateful" for the findings. He said that Mueller's report also went on to "consider whether certain actions of the president could amount to obstruction of the Special Counsel investigation."