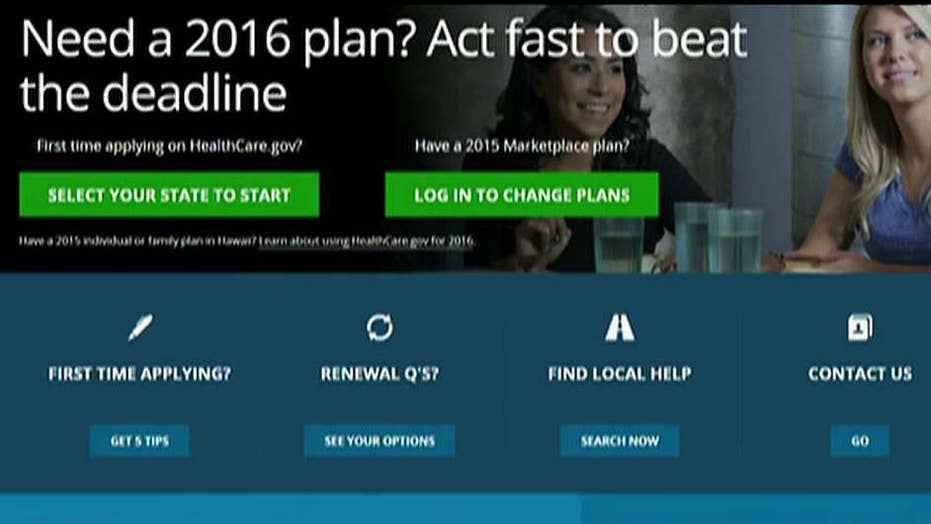 Despite rate and deductible increases, President Obama on Thursday defended his namesake health care program and said millions of Americans “now know the financial security of health insurance” because of the Affordable Care Act.

His remarks came as  ObamaCare sticker shock is getting even worse in some parts of the country, as more and more states are approving soaring rate increases for next year- with one Arizona town seeing a 75 percent hike and another in Minnesota seeing a 190 percent increase in deductibles over the course of four years.

“It’s catastrophic,” Daudt said, adding that he’s talked to Minnesotans who are being forced to financially drop their coverage, pay the fine and save money on the side for medical emergencies.

However Obama, speaking in Miami, maintained “It’s worked,” but admitted the program wasn't perfect. “No law is.”

Obama was in south Florida to trump up support for the ACA before the Nov. 1 start of the enrollment period.

Problems with rising premiums in many parts of the country as well as major insurers calling it quits have left consumers with few or in some cases no choices next year.

The hikes are fueling criticism of the law, though the White House is now openly pushing the possibility of a public option.

The troubles have bolstered arguments of Republicans and added some top Democratic allies to the crowd of critics, including former President Bill Clinton, who called ObamaCare “the craziest thing in the world,” while Minnesota Gov. Mark Dayton said it’s “no longer affordable.”

In Arizona, after months of health insurer exits from the Affordable Care Act marketplace, state regulators have approved plans from two companies that will be the only marketplace insurance providers in 2017.

Maricopa County residents' only health care option will be Centene Corp., which said it will sell its “Ambetter” plans at a 74.5 percent increase next year.

The amount people pay will vary on their age, coverage levels and income, which in turn will determine whether an individual qualifies for subsidies that help offset the cost of monthy premiums. Nearly 70 percent of Arizonans with a marketplace plan get subsidized coverage.

Jumps in finalized rates for big health insurance plans around the country illustrate the challenge the Obama administration faces as it seeks to stabilize the president’s landmark health care legislation before he leaves office.

According to a roundup by The Wall Street Journal, market leaders continuing to sell coverage through HealthCare.gov or a state equivalent are seeking premium increases of 30 percent of more in Delaware, Hawaii, Alabama, Mississippi, Kansas and Texas.

In Montana, Oklahoma, Tennessee and Pennsylvania, the approved rate increases for the market leader top 50 percent.

Blue Cross Blue Shield in New Mexico agreed to start selling plans through the online exchanges after pulling out last year. They agreed to return to the state only if they would be allowed to increase rates 93 percent of their 2015 level.