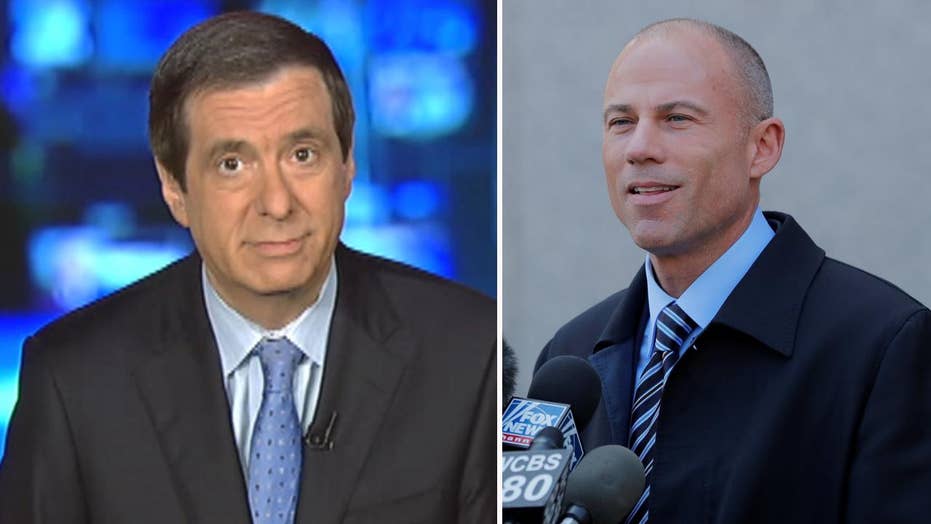 The phrase has no doubt been used before to mock Trump's famous, "Make America Great Again," but Avenatti has recently mentioned a possible presidential bid of his own, and he made the comment prior to a trans-Atlantic trip.

Avenatti has promised to run for president against Trump in 2020, in the event that Trump faces lackluster competition.

There is no obvious standard bearer for Democrats, though there have been reports that Sen. Bernie Sanders, I-Vt., and Hillary Clinton could run again, as could younger party stars such as Sen. Cory Booker, D-N.J., and Sen. Kamala Harris, D-Calif.

Avenatti has been a fixture on news programs while representing Daniels, who claims she had sex with Trump in 2006 when he was married, which Trump has denied.

The lawyer has been a vocal critic of the president and tweeted that he looks forward to marching in London against this “most cruel & unusual president.”

Earlier this month, Avenatti laid out his political philosophy. He said he was "pro-choice" and "Would never nominate a justice to the [Supreme Court] who did not believe in Roe or who would seek to outlaw same sex marriage. Fully support equality for women & people of all races, & gay rights. We don't separate families at the border. And we don't kiss-up to Putin."

In an email to Fox News earlier this month, Avenatti claimed that he had been "approached by both the Republican and Democratic parties" about being a 2020 candidate.