“And David put his hand in his bag and took out a stone and slung it and struck the Philistine on his forehead.” – 1 Samuel 17:49

It is often said that Goliath’s Achilles heel was not his size. But ironically it was Goliath’s size which made him a target too big to miss.

The latest example of this unfolded in the 14th District of New York as insurgent Democrat Alexandria Ocasio-Cortez unexpectedly whipped New York Rep. Joe Crowley – a potential candidate to become the next leader of House Democrats or perhaps even House Speaker.

Just a few months ago, Democrats portrayed Rep. Conor Lamb, D-Pa., as the future. He’s pro-Second Amendment and opposes abortion. Now Ocasio-Cortez is the party’s new standard-bearer. A liberal socialist who advocates free education and health care for all. In shifting from Lamb to Ocasio-Cortez, the Democrats have torn through flavors of the month faster than a Cub Scout troop at Baskin-Robbins after a Thursday night den meeting.

It’s unclear if another figure will emerge soon as the Democrats’ version of nutty, chocolate fudge, flecked with butterscotch ripple.

The one thing Ocasio-Cortez and Lamb share is their skepticism about House Minority Leader Nancy Pelosi, D-Calif., as the next speaker of the House.

The Democrats political oscillation from the moderate wing with Lamb to the hard left progressive wing embodied by Ocasio-Cortez demonstrates how the party is wandering in search of direction. But the hyper-concentration of Democrats, first on Lamb, then on Ocasio-Cortez, shows how susceptible Democrats are to the David versus Goliath syndrome. It’s not so much that Ocasio-Cortez vanquished Crowley because of her liberal ideals. Democrats -- and frankly -- many Republicans, are trained on Ocasio-Cortez because she defeated someone like Crowley who was supposed to emerge as the next Democratic leader

Parties often place too much focus on these giant killers, well, just because they toppled a giant. 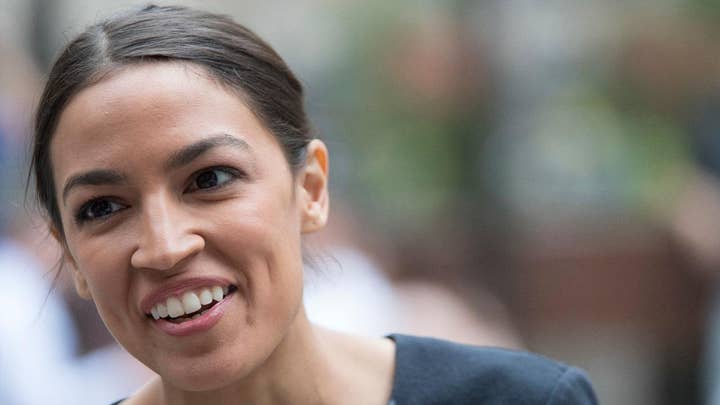 “It’s a shocker,” said former Rep. George Nethercutt, R-Wash., who startled the political world when he defeated House Speaker Tom Foley, D-Wash., in the 1994 midterm elections. The GOP tidal wave flipped control of the House to Republicans for the first time in four decades. Foley became only the second House speaker to lose their re-election bid, ignominiously joining the company of House Speaker Galusha Grow, R-Pa., in 1862.

“There’s a temptation to take yourself so seriously. But you’re a small-timer, not a big-timer,” said Nethercutt of his surprise victory. “They thought I was a superstar.”

Certainly, Democrats are projecting that lofty status onto Ocasio-Cortez now.

Nethercutt wasn’t the only big winner that year for the GOP. Rep. Michael Flanagan, R-Ill., defeated ethically-challenged, 18-term veteran and House Ways and Means Committee Chairman Dan Rostenkowski, D-Ill. Pundits bequeathed Flanagan with the sobriquet “The Rosty-Slayer.” Rostenkowski faced a criminal indictment at the time and later went to prison. Republicans believed Flanagan’s victory in such a Democratic district highlighted perceived corruption by the party. The GOP also relished ousting such a senior, prominent member who they saw as emblematic of “the swamp.”

And that was before it was vogue to call it “the swamp.”

But Flanagan served one term. He lost badly in 1996 as the district reverted to its core, Democratic roots. 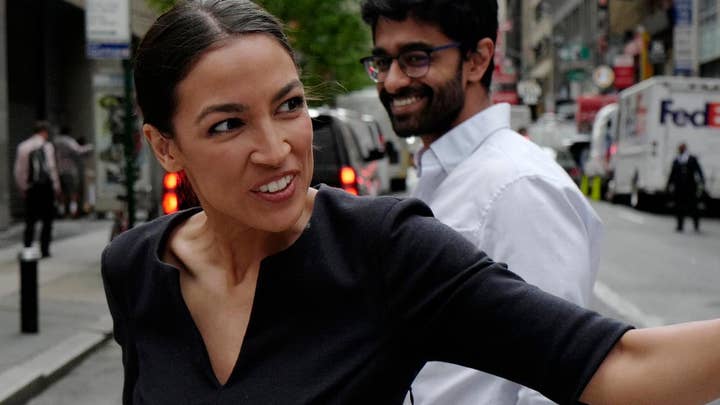 “After I won, all of the senior folks said ‘Thanks Brat. We now have to look over our shoulders, too,’” said the Virginia Republican.

Brat says sometimes these upsets simply reflect how a lawmaker’s connection with the district calcified over time. The classic “being out of touch.”

“I ran on immigration and getting back home,” said Brat. “It wasn’t me who won.”

Still, Nethercutt suggests he tapped into some of the same undercurrents of 1994. That’s much of the reason Democrats faced a tidal wave in that year’s historic midterms.

“People were mad at incumbents. The House bank scandal had just happened,” said Nethercutt. “It takes a lot to get someone who has the habit of voting one way and get them to pull the lever for someone else.”

So now, some see Ocasio-Cortez as the future of the party. They did the same with Brat. And certainly with Nethercutt. After all, he toppled the speaker of the House.

Nethercutt recalls that he went on Larry King’s program one night shortly after the election. Someone called wanting to talk to the speaker of the House. Some voters thought Nethercutt, a freshman, would succeed Foley and clasp the Speaker’s gavel.

Naturally, that wasn’t the case. Newt Gingrich, R-Ga., rose to power. A freshman doesn’t have much of a shot at becoming speaker in the modern Congress. The first House speaker, Frederick Muhlenberg of Pennsylvania, was a freshman alongside everyone else in 1789. Other freshman House speakers include Henry Clay of Kentucky in 1811 and William Pennington, R-N.J., who won on the 44th ballot in 1860.

But Nethercutt says rookies who come to Congress with celebrity can punch above their weight.

“You do stand out,” said Nethercutt. He secured a seat as a freshman on the House Appropriations Committee. Leaders usually reserve such a plum committee assignment for more senior members. “I got it based on my notoriety.”

“You’re the dog that caught the car,” said Brat. “Now figure out how to use that gift that you’ve been given.”

For Brat, it wasn’t necessarily a coveted committee slot. He parlayed his recognition into opportunities to go on TV and radio frequently and tout his message.

But, Brat says, that strategy includes a downside.

“Then the media come after you,” said Brat.

Before running against Foley, Nethercutt served for years as chief of staff to late Sen. Ted Stevens, R-Alaska. The Washington Republican says his crusty boss offered his aide some sage advice.

“You can’t get hurt by what you don’t say,” said Nethercutt. “You’re watched more carefully. Choose your words wisely.”

He noted that perhaps Ocasio-Cortez should refrain from being vocal and try to execute change from within.

“She should work to replace the leadership. But do it behind the scenes and get the trust of your colleagues,” suggested Nethercutt.

It’s clear Ocasio-Cortez…and Brat…and Flanagan…and Nethercutt…clearly earned the trust of voters to upend other political VIPs. That gets them to Washington. But the real test is always what they can accomplish when they walk through the door of the Capitol.