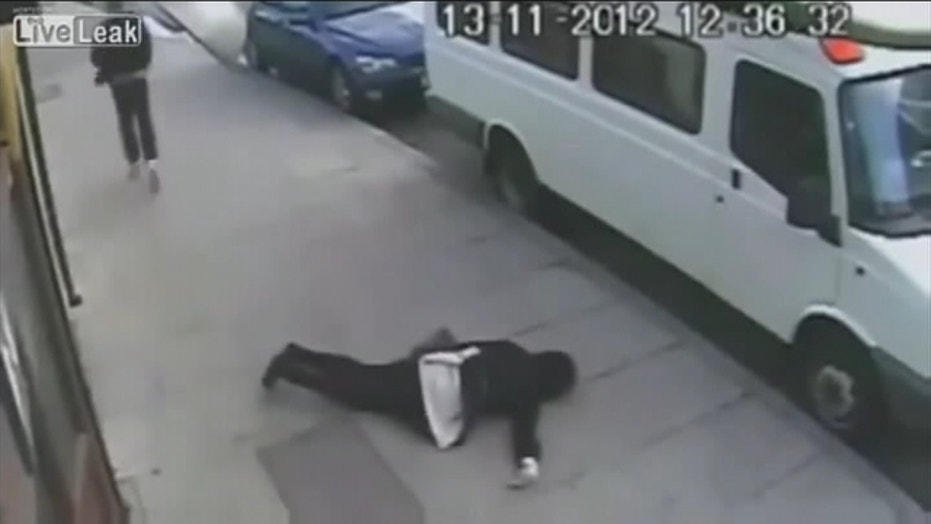 In a bid to stop a brutal "game" from spreading in their city, Philadelphia authorities have issued a no-tolerance warning to would-be players of the “knockout game” – do it and you’re going to be prosecuted.

Mayor Michael Nutter and other city leaders said Monday they are trying to get ahead of the problem, after reports of people being randomly assaulted while others videotape it.

Videos of the beatdowns have gone viral, though it's unclear how widespread the violence actually is.

Nutter warned that anyone caught playing the "knockout game" in his city will face charges ranging from aggravated assault to third-degree murder, if the victim dies. He also cautioned parents to do their part in cutting down on crime.

“Your child’s life will be dramatically changed, and probably yours as well as a parent,” Nutter said. “So let’s cut out the nonsense. There are many other things that people can do to enjoy themselves. This is not one of them.”

Authorities in Brooklyn, N.Y., recently charged Amrit Marajh with harassment as a hate crime after he allegedly punched a 24-year-old Orthodox Jewish man. Marajh denies the charges and is free on $750 bond.

Community leaders in several Brooklyn neighborhoods began circulating concerns that people were being targeted based on religion.

While cases of the knockout game have been logged across the country – police in New Haven, Conn., for example, say they are investigating six cases – others are downplaying reports.

Police officials in several cities, including New York City, say the attacks may be more urban myth than growing phenomenon and say they should be categorized as random assaults and not as part of an organized scheme.

Police in Jersey City, N.J., echoed the sentiment and say there have been no incidents of the knockout game played there.