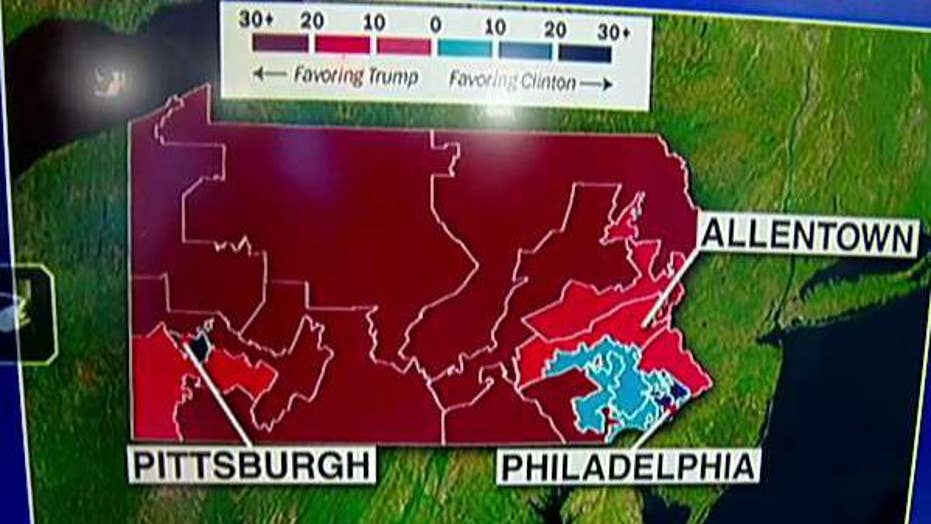 The Republican presiding officers of Pennsylvania's House and Senate asked the U.S. Supreme Court Wednesday to block a new congressional district map that is widely expected to boost Democratic prospects in the November midterm elections.

The congressional map drawn by the GOP-led legislature in 2011. (Supreme Court of Pennsylvania)

"The Pennsylvania Supreme Court conspicuously seized the redistricting process and prevented any meaningful ability for the Legislature to enact a remedial map to ensure a court drawn map," they wrote.

The revised congressional map for 2018. (Supreme Court of Pennsylvania)

Republicans had won 13 of 18 seats in three straight elections under the now-invalidated map, even though Pennsylvania's statewide elections are often closely divided and registered Democratic voters outnumber Republicans.

The challenge adds uncertainty as candidates are preparing to circulate nominating petitions to get their names on the May primary ballot.

A spokesman for Democratic Gov. Tom Wolf, responding to the lawmakers' filing, said Wolf was "focused on making sure the Department of State is fully complying with the court's order by updating their systems and assisting candidates, county election officials and voters prepare for the primary election."

Wednesday marked the third time in four months that Turzai and Scarnati have asked the U.S. Supreme Court to put a halt to litigation over the 2011 map they took leading roles in producing.

In November, Justice Samuel Alito turned down a request for a stay of a federal lawsuit, a case that Turzai and Scarnati won in January. 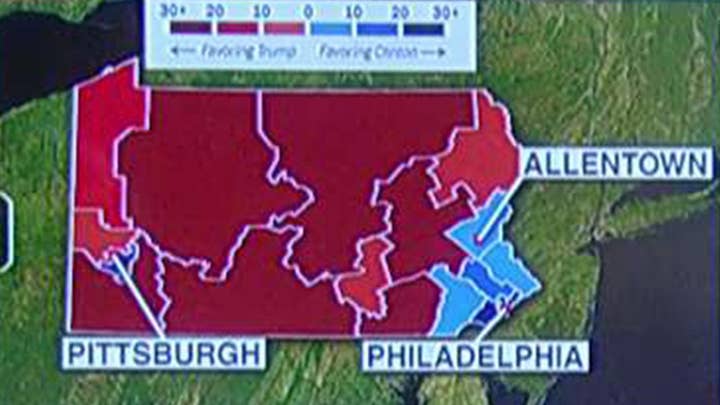 On Feb. 5, Alito rejected a request from Turzai and Scarnati to halt a Jan. 22 order from the state Supreme Court that gave the Republican leaders two weeks to propose a map that would be supported by the Democratic governor and until last week to suggest a new map to the court.

The application filed Wednesday also was addressed to Alito.

Turzai and Scarnati argued that the state's high court gave them scant time to propose their own map after throwing out the 2011 version, ensuring "that its desired plan to draft the new map would be successful." As evidence of a "preordained plan," they cited comments critical of gerrymandering made by Justice David Wecht during his 2015 campaign for the court.

"The court's process was entirely closed," they told Alito. "It did not allow the parties the opportunity to provide any comment to the proposed map, inquire on why certain subdivisions were split and whether it was to meet population equality, or further evaluate whether partisan intent played any role in the drafting." 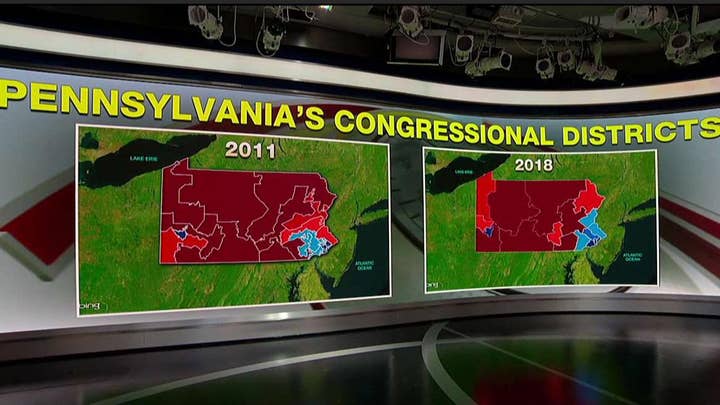 As a sign of the litigation's potential impact on national politics, President Donald Trump on Tuesday urged Republicans to press their challenge of the map to the U.S. Supreme Court.

"Your Original was correct! Don't let the Dems take elections away from you so that they can raise taxes & waste money!" Trump tweeted.

The five Democrats on the state Supreme Court sided with Democratic voters who challenged the map, although one of the Democratic justices, Max Baer, has pointedly opposed the compressed timetable.

Congressional candidates have from Feb. 27 to March 20 to collect and submit enough signatures to get on the ballot, and the new district maps have candidates and would-be candidates scrambling to decide whether to jump in. Five incumbents are not seeking another term and a sixth has resigned, an unusually large number of openings.