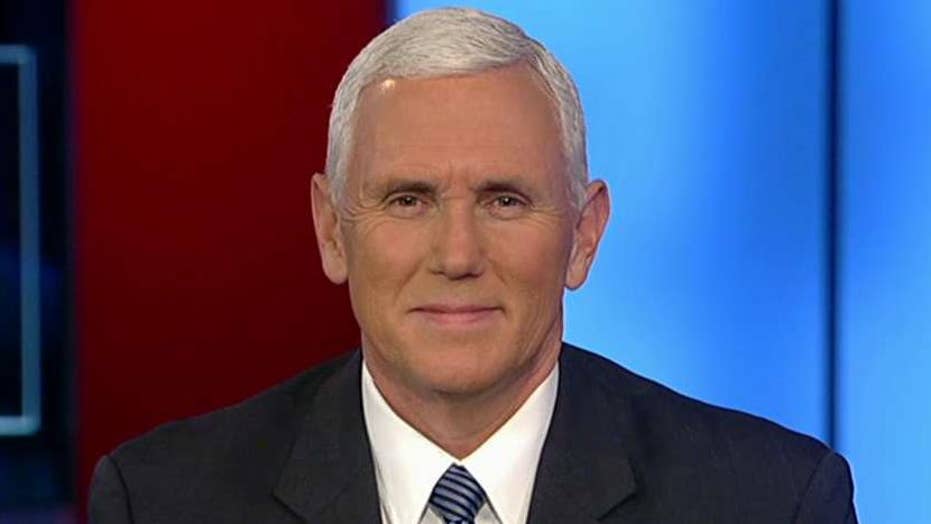 Pence: Trump will take his case to the American people

"It’ll be the first thing out of the gate," Pence told Fox News' Sean Hannity on "Hannity." "The President-elect’s made it very clear. He wants the Congress when they convene in early January to take up the task of repealing and replacing ObamaCare first."

Pence called the nomination of Rep. Tom Price, R-Ga., to be secretary of health and human services, "very exciting and [it] should be a source of great encouragement to millions of Americans who know we’ve got to repeal ObamaCare, but we’ve [also] got to replace it with real solutions."

"We don’t want any American to be anxious about a transition," Pence said, "it will be an orderly transition ... but we’ll be working toward a solution that’s grounded in the principles of free market economics and respect for the doctor-patient relationship."

Pence also said that Trump would restate the case for his agenda to the American people in a series of events beginning Thursday.