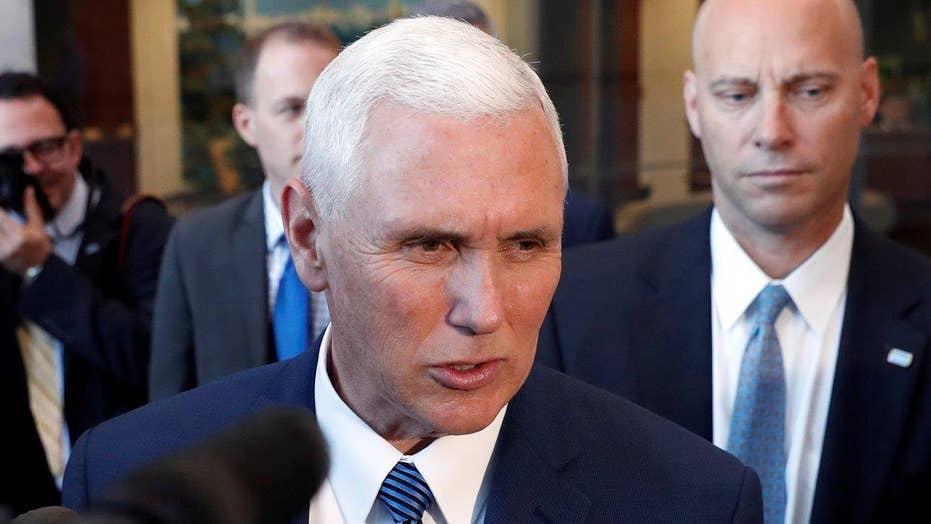 Vice President-elect Mike Pence spoke publicly Sunday for the first time about the mixed reception he received while attending a performance of the musical “Hamilton,” saying he doesn’t want an apology from the Broadway cast and that the audience’s boos and cheers “is what freedom sounds like.”

Pence, a Republican, attended the show Friday night. Actor Brandon Dixon afterward delivered a statement on behalf of the cast that in part said, “We truly hope this show has inspired you to uphold our American values and to work on behalf of all of us. All of us."

Pence on Sunday said he, his daughter and her cousins “enjoyed the show” and that he “reminded them this is what freedom sounds like.”

Pence said he wasn’t offended and that he didn’t want an apology.

“I’ll leave it to others to decide if [the stage] was the appropriate venue,” he said.

Pence also said that he wants to “reassure” Americans that President-elect Donald Trump will be fulfilling the promise he made in his victory speech to create a government that is for “all people of the United States.”

Trump said on Twitter on Saturday: “Our wonderful future V.P. Mike Pence was harassed last night at the theater by the cast of Hamilton, cameras blazing. This should not happen!”

He tweeted on Sunday: “The cast and producers of Hamilton, which I hear is highly overrated, should immediately apologize to Mike Pence for their terrible behavior.”

“The Theater must always be a safe and special place. The cast of Hamilton was very rude last night to a very good man, Mike Pence. Apologize!” he tweeted minutes later.

He declined to say whether Romney and Trump apologized during their meeting Sunday for the insults that they hurled at each other during this election cycle but allowed they spoke privately.

Pence also expressed confidence that Senate confirmation hearings for Alabama GOP Sen. Jeff Sessions, Trump's pick for attorney general, will consider the "totality of his record" and that Session will indeed be confirmed.

Sessions has made comments in the past about gays, race and women that some people have criticized.

"I'm confident he'll be our next attorney general," Pence said.