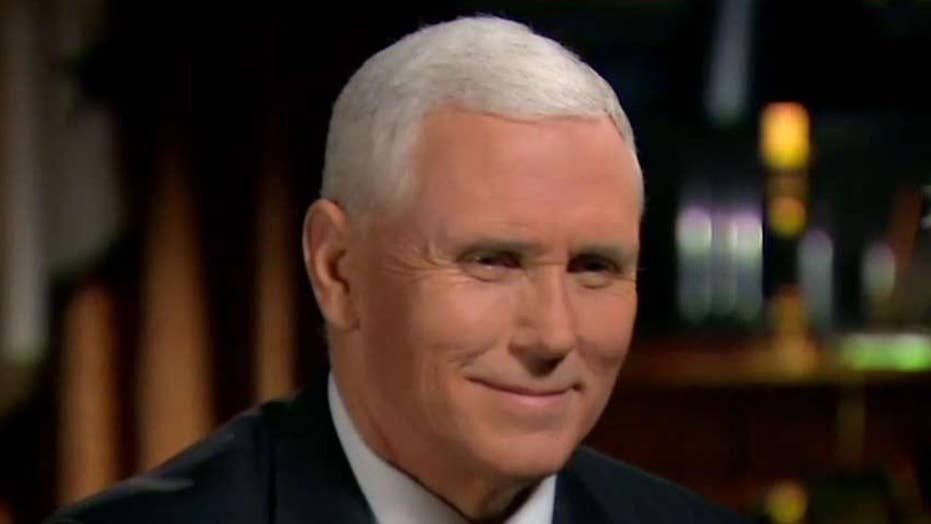 "What President Trump has done is essentially impose a pause on countries that have been compromised by terrorism so that we can evaluate the screening process and establish ... extreme vetting so that people coming in to this country don’t represent a threat to our families and our communities," Pence said on "Hannity."

Pence added that the order was "clearly not a Muslim ban" and "not in any way associated with religion."

The vice president also defended the order's implementation, which led to dozens of travelers being detained at U.S. airports while thousands protested in major cities.

"On the very day the executive order was implemented ... there were hundreds of thousands of people [who] came in from countries all over the world into the United States and, I think, more than 100 were detained for addition questioning," Pence said. "That is a small price to pay for the security of the American people."

The vice president also addressed Trump's relationship with allied leaders, one day after reports surfaced that the president had harsh words for Australia Prime Minister Malcolm Turnbull over an agreement on refugees.

Pence did not specifically address the call with Turnbull, but did say that Trump was "speaking the way he always does: respectfully, firmly, directly.

"Frankly," Pence added, "I think the world welcomes it."