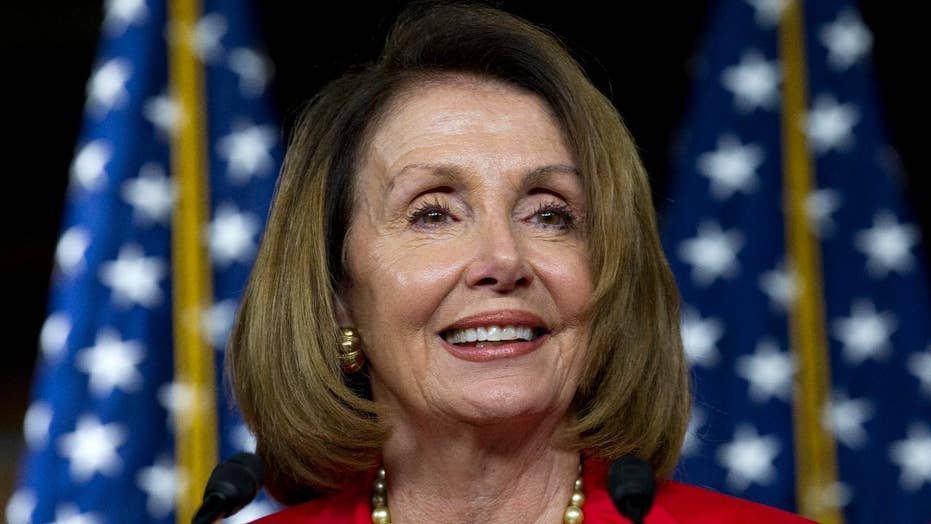 Pelosi is confident she 'will be speaker of the House' if Democrats win in the midterms. On 'America's Newsroom,' House Majority Leader McCarthy says the midterm elections are about 'results vs. resistance.'

House Minority Leader Nancy Pelosi, D-Calif., is renewing President Barack Obama's so-called “war on coal” by backing a radical initiative to shut down more than a third of U.S. coal plants by 2020 -- a line of attack that spectacularly backfired for Hillary Clinton in 2016.

“Under President Obama, we went on to pass the Waxman-Markey American Clean Energy and Security Act in the House. But we were stopped in the Senate by the coal industry,” Pelosi said in remarks Thursday to the Global Climate Action Summit in California, according to a video obtained by the NTK Network -- an outlet backed by the right-wing America Rising PAC.

“For this and other reasons, I’m so grateful to [Former New York City Mayor] Michael Bloomberg’s ‘Beyond Coal’ initiative working with the Sierra Club. It is so essential.”

The "Beyond Coal" website describes coal as “an outdated, backward, and dirty 19th-century technology.”

“The Beyond Coal campaign’s main objective is to replace dirty coal with clean energy by mobilizing grassroots activists in local communities to advocate for the retirement of old and outdated coal plants and to prevent new coal plants from being built,” the website says.

It advocates retiring a third of the nation’s coal plants by 2020, replacing most retired coal plants with “clean energy solutions such as wind, solar, and geothermal” and “keeping coal in the ground in places like Appalachia and Wyoming’s Powder River Basin.”

It’s the latest in a series of such statements for Pelosi, who hailed her own efforts to kill off coal initiatives last month.

“We had to fight some Democrats. Senator  Byrd had a coal powered plant fueling the Capitol, you know I was speaker and that’s gonna go,” she said. With all due respect to West Virginia, we’re not gonna have a coal power plant floating around.”

Republicans and the coal industry had accused the Obama administration of waging a war on coal via environmental regulations that limited emissions.

An aggressive stance on coal hurt 2016 Democratic presidential nominee Hillary Clinton, who had to apologize in West Virginia when angry residents confronted her about remarks she made about putting coal companies out of business.

“Because we’re going to put a lot of coal miners and coal companies outta business,” she bragged at a Democratic debate, before adding that “we don’t want to forget those people.”

"I don't know how to explain it other than what I said was totally out of context from what I meant because I have been talking about helping Coal Country for a very long time," Clinton later told an unemployed coal miner.