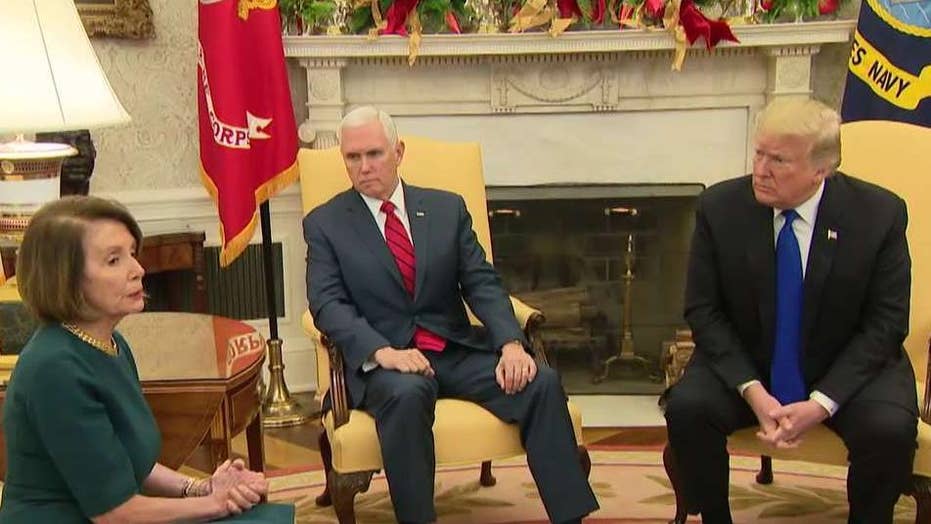 The White House has made it clear that top Democrats in Congress will be facing a difficult battle if they try to advance their agenda for re-opening the federal government from the partial shutdown, now nearing the two-week mark.

“President Trump made a serious, good faith offer to Democrats to open the government, address the crisis at our border, and protect all Americans,” Sanders said in the statement. “We have heard nothing back from the Democrats, who so far have refused to compromise. Speaker Designate Nancy Pelosi released a plan that will not re-open the government because it fails to secure the border and puts the needs of other countries above the needs of our own citizens.

“The Pelosi plan is a non-starter,” Sanders continued, “because it does not fund our homeland security or keep American families safe from human trafficking, drugs, and crime.”

“The Pelosi plan is a non-starter because it does not fund our homeland security or keep American families safe from human trafficking, drugs, and crime.”

Earlier Tuesday, Fox News learned that top leaders from both parties were expected to meet at the White House on Wednesday to discuss the partial shutdown, which has forced hundreds of thousands of federal workers to stay home or work without pay, and has closed some federal agencies and tourist sites.

Prior to Sanders’ statement, President Trump on Tuesday afternoon hinted he might be eager to seek a compromise with the Democrats.

Although that message was preceded just three hours earlier by one in which the president asserted the Democrats “do not care” about protecting America’s borders.

“One thing has now been proven,” Trump tweeted. “The Democrats do not care about Open Borders and all of the crime and drugs that Open Borders bring!”

Republicans and Democrats have been at a standstill over President Trump's demands for $5 billion to fund the border wall.

In a letter to Democrats on Tuesday, Pelosi -- the presumptive incoming speaker of the House -- said that when Democrats retake control of the House of Representatives on Thursday, they will "take action" to end the partial government shutdown.

Pelosi wrote that Democrats plan to “pass strong, bipartisan legislation to reopen government, which has already received strong bipartisan support in the Senate.”

"It would be the height of irresponsibility & political cynicism," Pelosi tweeted Monday, "for Senate Republicans to now reject the same legislation they have already supported."

The House Democratic plan includes one bill to fund the Department of Homeland Security at current levels through Feb. 8, with $1.3 billion for border security – far short of the figure that President Trump requested.

"We are giving the Republicans the opportunity to take yes for an answer,” Pelosi said. “Senate Republicans have already supported this legislation, and if they reject it now, they will be fully complicit in chaos and destruction of the President’s third shutdown of his term.”