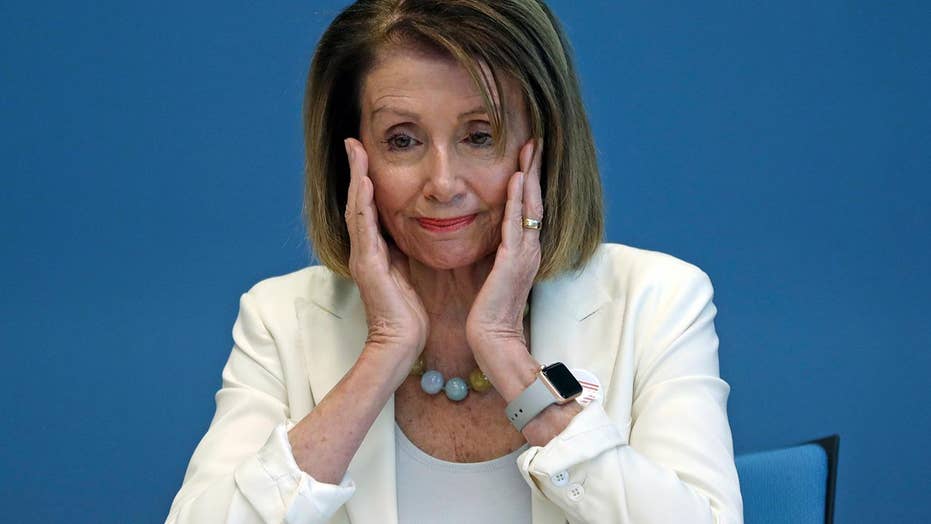 Why is there no heir apparent to Nancy Pelosi?

Debate grows over who should be House speaker if Democrats take back the House.

Nancy Pelosi, in an apparent bid to assuage concerns from younger rank-and-file Democrats, says she could commit to an abbreviated, “transitional” term as speaker if her party wins the House majority next month.

But she has yet to provide details and still says she'd want to stay through 2020, leaving unclear when and if she'd be willing to hand off the gavel.

“I see myself as a transitional figure,” Pelosi told The Los Angeles Times. “I have things to do. Books to write, places to go, grandchildren, first and foremost, to love.”

Pelosi has long made clear she plans to run for speaker again if Democrats reclaim the majority. But many Democratic lawmakers and candidates have distanced themselves from her and current leadership this year, with some saying they'd oppose her for speaker.

Publicly, Pelosi, D-Calif., has downplayed the significance of the rank-and-file discontent.

“Do whatever you have to do, just win, baby,” she recently told an audience at the Institute of Politics at Harvard Kennedy School.

Pelosi’s move to cast her leadership as “transitional” could be an effort to persuade wary Democrats to back her one last time.

But at a CNN-hosted event on Monday, Pelosi was careful not to put an end-date on her hoped-for tenure at the top.

“There has to be a transition at some point in all of this,” Pelosi said. “I’m not going to make myself a lame duck.”

She previously said she “felt a strong responsibility to stay in this office for at least the next two years” while Trump is president.

“The reality is, she herself has said she doesn’t want to do this forever,” Rep. Ro Khanna, D-Calif., told The Hill. “Everyone knows there’s gonna be a transition. And everyone knows we don’t have a logical successor.”

He added: “It’s going to take some time to figure out who is going to be our next leader, so there’s a natural progression that will take place.”

While dozens of Democratic candidates will not commit support to Pelosi, it's unclear whether she would face any significant opposition. Rep. Jim Clyburn, the third-ranking House Democrat, over the summer confirmed his intention to run for the post in the event Pelosi struggles to lock down support.

Her "transitional" plan also hinges on a Democratic takeover. Polls still show Democrats with the edge in House races, but a narrowing one that is leading to predictions of a closer-than-expected contest in two weeks.

Should Pelosi’s “transitional” speakership come to fruition, she also said Monday she would use “subpoena power” as a negotiating tactic with Trump.

“Subpoena power is interesting, to use it or not to use it,” Pelosi said at the CNN event. “It’s a great arrow to have in your quiver in terms of negotiating on other subjects.”