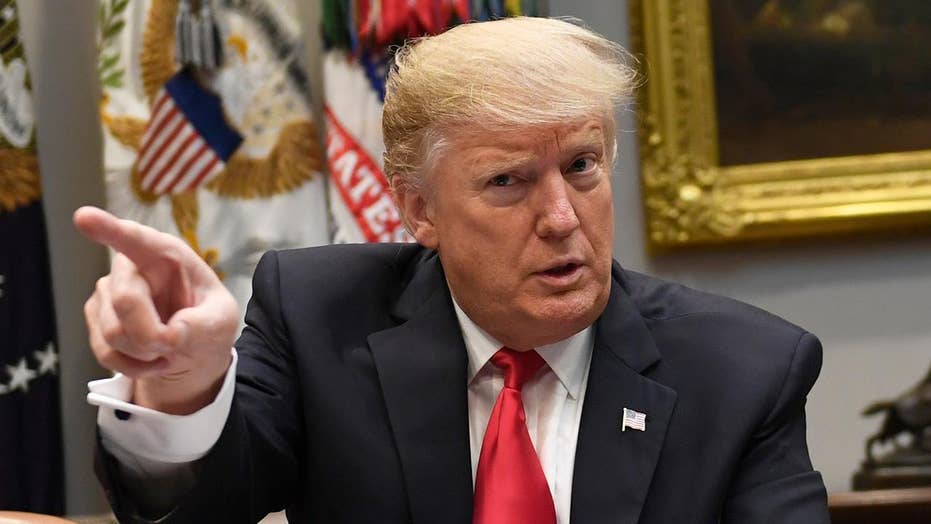 House Speaker Nancy Pelosi, D-Calif., on Monday invited President Trump to deliver the State of the Union address on February 5.

The invitation from Pelosi comes after a planned January 29 date to give the address was scuttled due to the partial government shutdown. That led to a contentious back-and-forth between Trump and the House speaker before the president announced a deal to reopen the government on January 25.

“When I wrote to you on January 23rd, I stated that we should work together to find a mutually agreeable date when government has reopened to schedule this year’s State of the Union address," Pelosi wrote in her new invitation to Trump. "In our conversation today, we agreed on February 5th.

"Therefore, I invite you to deliver your State of the Union address before a Joint Session of Congress on February 5, 2019 in the House Chamber."

Shortly after receiving the invite, the president accepted.

"Thank you for your letter inviting me to deliver the State of the Union Address before a joint session of Congress on Tuesday, February 5, 2019," Trump wrote in reply. "It is my great honor to accept. We have a great story to tell and yet, great goals to achieve.

"I look forward to seeing you on the 5th."

"We talked about things we can work together on, such as infrastructure," she said.

WHEN IS THE 2019 STATE OF THE UNION ADDRESS? EVERYTHING YOU NEED TO KNOW ABOUT TRUMP'S SECOND SPEECH TO CONGRESS

The path to Trump's first State of the Union in front of a Democratic House of Representatives has been rocky.

Pelosi first extended an invite to the president just hours after lawmakers formally joined the new Congress, proposing a Jan. 29 date for the event which is held in the House Chamber. Trump publicly agreed to deliver the address on that date days later.

But on Jan. 16, Pelosi changed her mind, urging Trump to postpone the speech because of the partial government shutdown.

"Sadly, given the security concerns and unless government re-opens this week, I suggest that we work together to determine another suitable date after the government has re-opened for this address or for you to consider delivering your State of the Union address in writing to the Congress on January 29th," she said in a letter to the president.

The speaker reinforced her plea to delay the event on Jan. 23, telling Trump in a letter that she would not allow him to address the nation in the House during the shutdown.

At first, it appeared Trump was going to opt for a Plan B, telling reporters, "we'll do something in the alternative." He later switched gears, announcing on Twitter he would give the address when the shutdown concluded.

"I'm not looking for an alternative venue for the SOTU Address because there is no venue that can compete with the history, tradition and importance of the House Chamber. I look forward to giving a 'great' State of the Union Address in the near future!" Trump tweeted.

In between the hardball played by both parties, Trump denied the House speaker aircraft she planned to use for a foreign trip. In a curt letter, Trump said her trip had been “postponed.”

The House and Senate still must pass a resolution officially inviting Trump to speak to a joint session of Congress.