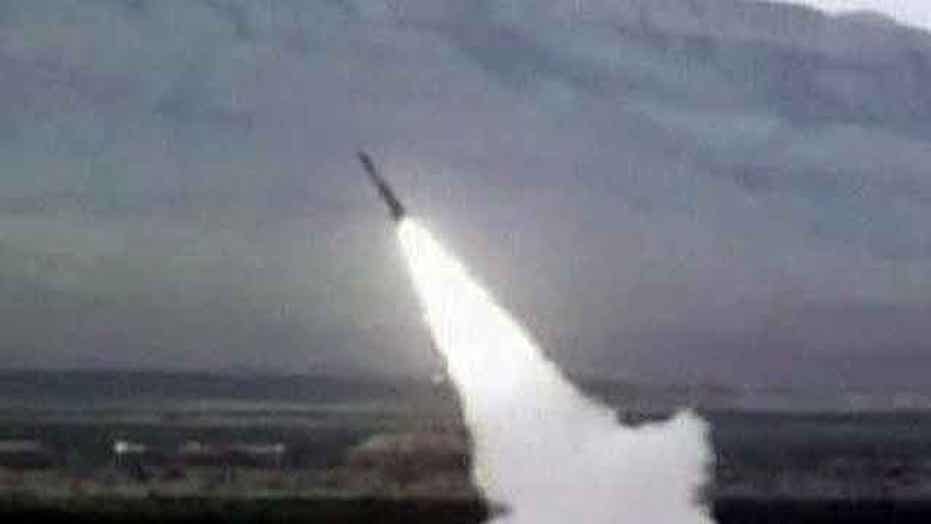 "The purpose of this deployment is to signal very strongly that the United States, working closely with our NATO allies, is going to support the defense of Turkey," Little told reporters aboard the secretary's plane.

The order calls for 400 US soldiers to operate two batteries of Patriots at undisclosed locations in Turkey, Little said.

NATO foreign ministers endorsed Turkey's request for the Patriots on Nov. 30. Germany and the Netherlands have already agreed to provide two batteries of the U.S.-built defense systems and send up to 400 German and 360 Dutch troops to man them, bringing the total number of Patriot batteries to be sent to Turkey to six. The German Parliament is expected to formally agree to the deployment on Friday.

A number of Syrian shells have landed in Turkish territory since the conflict in the Arab state began in March 2011. Turkey has condemned the Syrian regime of President Bashar Assad, supported Syrian rebels and provided shelter to Syrian refugees. Ankara is particularly worried that Assad may get desperate enough to use chemical weapons.

During a brief stop at Incirlik Air Base, about 60 miles from the Syrian border, Panetta told U.S. troops that Turkey might need the Patriots, which are capable of shooting down shorter-range ballistic missiles as well as aircraft.

He said he approved the deployment "so that we can help Turkey have the kind of missile defense it may very well need to deal with the threats coming out of Syria."

Panetta said the president has made clear there would be serious consequences if Syria uses chemical weapons, and that the U.S. "a number of options that we can deploy if we have to."

He did not mention how soon the two Patriot batteries will head to Turkey or how long they might stay.

Asked by another Air Force member whether he thought Syria would "react negatively" to the Patriot deployments, Panetta said, "I don't think they have the damn time to worry" about the Patriots since the regime's leaders are struggling to stay in power.

He indicated that Syria's reaction to the Patriots was not a major concern to him.