A group of Republican congressmen from Pennsylvania in a letter on Saturday slammed state Attorney General Josh Shapiro and Secretary of State Kathy Boockvar, both Democrats, over how the 2020 election has been handled, specifically calling for Shapiro to recuse himself from future election-related issues.

It lays the blame for those issues squarely at the feet of Boockvar and Shapiro. Boockvar, the letter notes, issued "last minute guidance.. to counties on the eve of the election" on correcting ballots, "which is in direct conflict with Pennsylvania election law." It also says that Shapiro played "dual roles as a political candidate and legal arbiter with a vested personal interest." 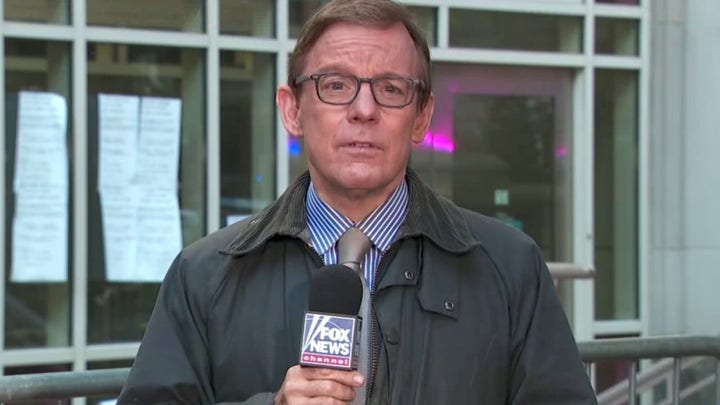 "Statements made by Pennsylvania’s attorney general, including social media posts calling the outcome of the election, prior to the tabulation of a single vote, are troubling and highlight the attorney general’s inability to maintain impartiality and to separate his sworn duties from his political desires," the letter adds. "We believe that due to this conflict, the attorney general must recuse himself from all future election proceedings and appoint an impartial designee moving forward."

The letter follows intense scrutiny of Pennsylvania after it played a major role in the victory for President-elect Biden. The Fox News Decision Desk simultaneously projected Biden to win Pennsylvania and Nevada Saturday morning, which put him over the 270 electoral needed to win the presidency.

In the most high-profile dispute in Pennsylvania, Republicans in Philadelphia said that they were not allowed to properly observe vote-counting in the city. Barriers kept both Republican and Democrat observers about 25 feet away from the workers counting votes in Philadelphia, which Trump campaign representatives said was too far for them to confirm that the ballots were being properly counted.

Pennsylvania Attorney General Josh Shapiro at a Stand Against Hate rally at Independence Mall on March 2, 2017 in Philadelphia, Pennsylvania. Shapiro has defended his state's handling of the 2020 election. (Photo by Jessica Kourkounis/Getty Images)

The Trump campaign got a court order which allowed observers to get within 6 feet of workers counting ballots, but alleged that the city was not following the order.

Meanwhile, Shapiro has defended the state's handling of the election.

Boockvar, in a briefing this week, also expressed confidence that votes in Pennsylvania were being counted accurately.

"What's critical here is that we have very strong processes in place that makes sure that voting integrity and security are constantly followed by every county in the state," Boockvar said in a briefing this week. "The strength of the integrity of this vote is really unparalleled... Our systems and our databases make sure that no voter can cast more than one vote."

Nevertheless, the Republican congressmen who wrote the Saturday letter were unconvinced that Boockvar and Shapiro were impartially administering the state's election.

"As many of these issues will now be addressed by the United States Supreme Court, we remain concerned about the integrity of the election and continued attempts by the administration and its officials to put their thumbs on the scale in pursuit of what they believe should be a preordained outcome," they said. "These actions continue to chip away at the foundation of our representational democracy and challenges the citizens of Pennsylvania’s faith in their government. We implore you to put politics aside and provide these requests all due consideration."

Rep. Keller, in a statement sent along with the letter, also addressed race calls by many media organizations, including the Fox News Decision Desk.

"The citizens of the United States, not media outlets, determine the outcome of elections. With recounts and legal challenges expected, we must let the process play out. Count every legal vote," Keller said.