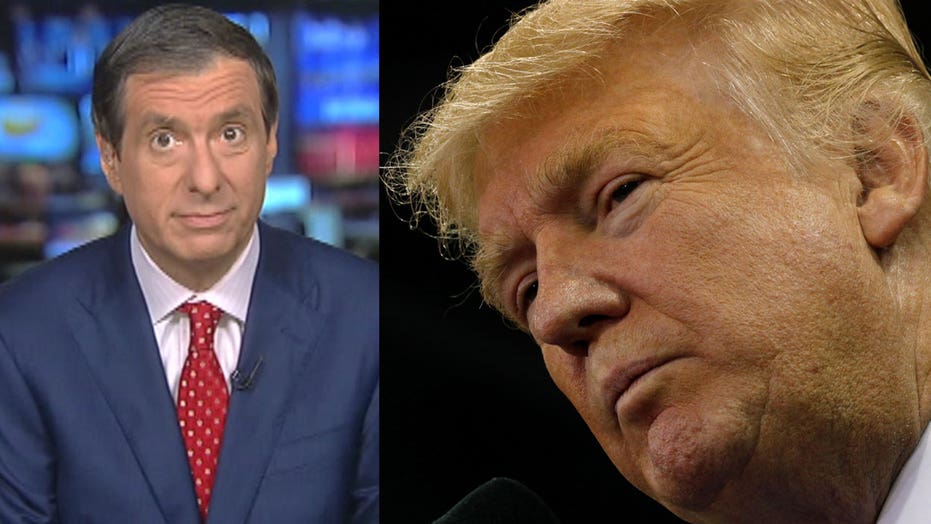 It was inevitable, once that bomb exploded in lower Manhattan, that Donald Trump and Hillary Clinton would be engaged in a war of words over terrorism.

The media’s conventional wisdom is that terror attacks help Trump, given his tough rhetoric about immigration and bombing the blank out of ISIS. That was certainly true in the primaries. But now he’s up against a former secretary of State who is more hawkish than many in her party.

The press has been quick to jump on Trump for his language, such as when he called Clinton, and Barack Obama, a “founder of ISIS.” That is literally untrue, of course, and Trump was using it as provocative shorthand for the argument that their policies enabled the rise of ISIS.

But now Clinton, in the wake of the bombs in New York and New Jersey, says that Trump’s language “is giving aid and comfort to our adversaries.” She also described Trump as a “recruiting sergeant” for ISIS.

Aid and comfort? Is that over the line? It’s right there in the Constitution: “Treason against the United States, shall consist only in levying War against them, or in adhering to their Enemies, giving them Aid and Comfort.”

Indeed, the Trump campaign fired back in saying that the Democratic nominee had accused him of treason.

So did the mainstream media question Clinton’s overheated language? Not really. It was reported matter-of-factly. Now imagine if those words had been uttered by Trump.

The GOP nominee, for his part, said the latest attacks show we need a new playbook and dramatize how the Clinton/Obama policies have failed. “These attacks and many others were made possible because of our extremely open immigration system, which fails to properly vet and screen the individuals or families coming into our country,” he said.

Trump also said: “Her weakness, her ineffectiveness, caused the problem, and now she wants to be president. I don’t think so.”
Trump’s answer, in part: profiling.

Bill O’Reilly asked him: “Are you worried that sometimes when you say these things like peaceful Muslims will be the victim of backlash, the victim of people just lumping everybody into the terror jar?”

Asked by O’Reilly how they look suspicious, Trump said: “I don't know. These are experts. That's what they do.”

Trump created a firestorm during the primaries by pushing a temporary ban on Muslim immigrants. He has since modified that to say the U.S. must engage in “extreme vetting” from countries where terrorism is a problem.

CNN, reporting on the Fox interview, ran this on-air banner: “Trump Says ‘Racial Profiling’ Will Stop Terror.” But Trump never used the word racial. We can debate whether that’s the net effect of his proposal, but CNN inserted an inaccurate word into that headline.

Clinton says that ISIS is “looking to make this into a war against Islam” because that makes it easier to recruit new terrorists. It’s also a fact that most of the recent attacks have been carried out by Muslim extremists in the name of Allah. And that’s the conundrum.

The Washington Post’s Chris Cillizza is among those who see the current climate favoring Trump: “When Jeb Bush famously described Trump as the ‘chaos candidate’ in late 2015, the former Florida governor meant it as a pejorative. But the truth is that chaos, uncertainty and anxiety will work in Trump's favor over the final 50 days of the presidential campaign.”

Salon pushes back on that: “It’s worth pointing out first that the ‘chaos’ Cillizza has described seems to be a creation of cable news; all those injured except but one person were not seriously harmed by the incidents, the authorities clamped down on the suspect with incredible speed, and New Yorkers are apparently taking the whole thing in stride.”

True, no one was killed in these latest bombings, or in the Minnesota knifing attack, but that may have been pure luck. Such attacks, in the wake of Orlando and San Bernardino, foster a sense of fear and uncertainty, that you could become a victim just by walking down the street in Chelsea or shopping at a mall in St. Cloud. And that sense could help a challenger who is vowing to shake things up--though we've never seen a race like this before.