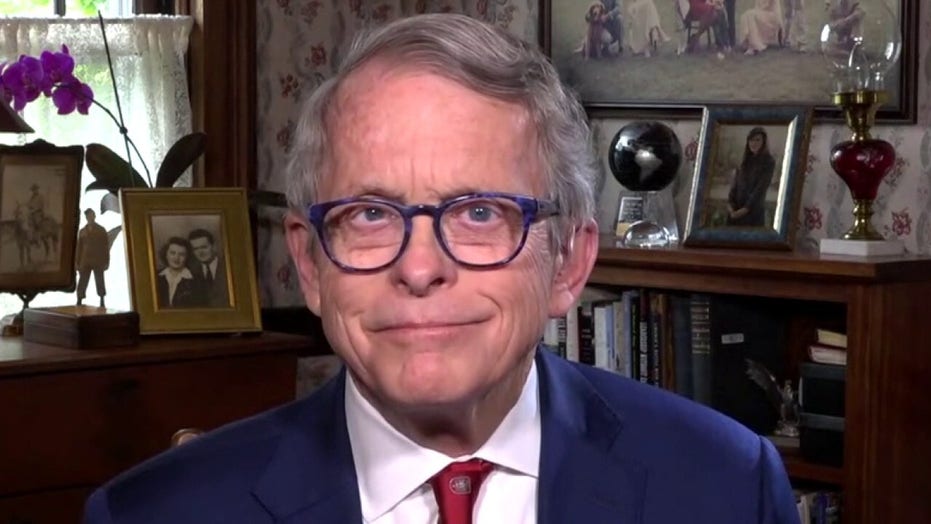 Ohio Gov. Mike DeWine acknowledged Sunday that even the gradual reopening of his state amid the coronavirus pandemic is “risky,” but added that Ohio’s economy needs to get moving again if it hopes to recover.

Speaking on “Fox News Sunday,” the Republican governor said that Ohio – like most other states – is stuck between a rock and a hard place, and noted that there is no clear protocol of how to handle the situation.

He added: “We've been hit very hard. We've had over a million people apply for unemployment. So we're no different than most other states. I mean we've been hit exceedingly hard. And again, as we look to come back carefully, it's not so much about at this point orders that I issue or my health director issues, it's really about what people do and I emphasize that time and time again.”

DeWine said the state had reached what he believes is “a plateau” in new infections and deaths, and that is why he is hopeful the state can start opening up. But, he added, cases are still fluctuating. 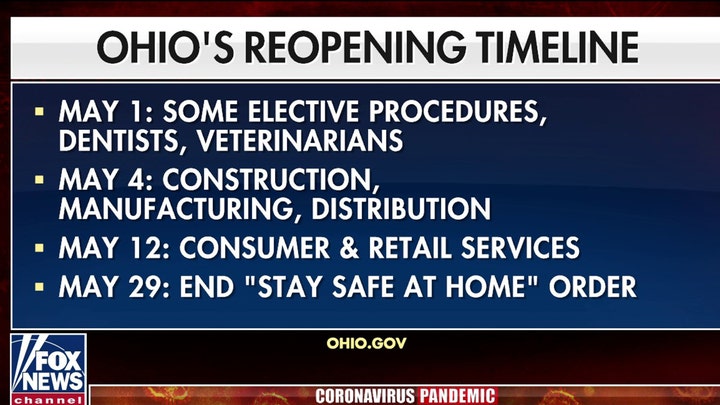 DeWine has taken one of the most cautious approaches toward the virus and reopening the state -- drawing praise from public health officials and many of his former critics, while angering some of his supporters who are concerned over the economic hardships the pandemic has caused in the state.

Earlier this month, the Republican governor extended the state shutdown until May 29 while also allowing retail stores to expand their business earlier than expected. He spoke as Ohio COVID-19 deaths topped 1,000 for the first time and as dozens of protesters of Ohio’s stay-at-home orders returned to the statehouse.

DeWine’s aggressive actions to curb the spread of the virus has led some Republican state lawmakers to consider legislation to curb executive powers when it comes to stay-at-home – a move the governor said he would immediately veto. 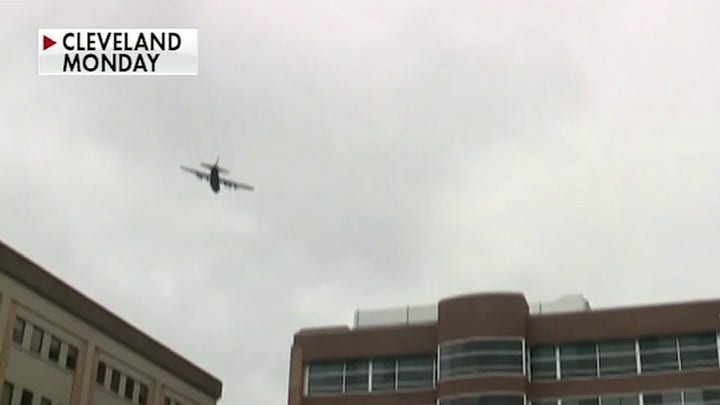 “But we have to move forward very, very carefully,” he added.