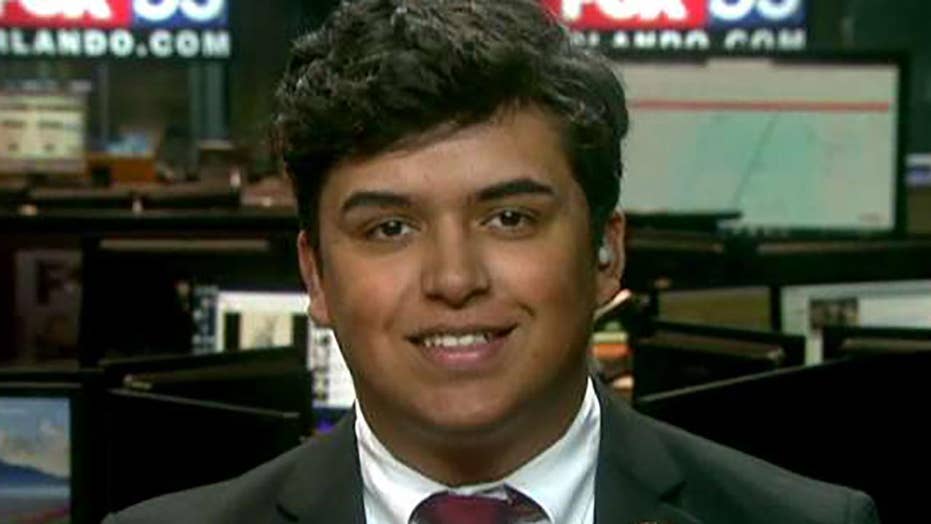 U.S. Rep. Alexandria Ocasio-Cortez, D-N.Y., may be the youngest member of Congress at the moment, but that could change if a Republican millennial from Florida is able to unseat a Democrat in the November 2020 election.

Armani Salado, 23, is looking to challenge two-term Democratic Rep. Stephanie Murphy in Florida's 7th Congressional District, an area that covers Seminole County and portions of Orange County in the central part of the state.

"It's pretty simple, I'm running because it's time to get representatives into Washington, not activists," Salado told "Fox & Friends" on Monday.

Salado, a history major at the University of Central Florida, will turn 25 five months before the 2020 general election, making him eligible to run for the House of Representatives.

The 23-year-old said he came up with the idea to run for Congress back in Fall 2018, after watching then-Supreme Court nominee Brett Kavanaugh get "dragged through the dirt" by members of the media and those in Congress.

"As soon as I saw that I was like no, I need to get involved now," he said.

"We don't need activists, we need representatives and we need people willing to be bridges that will allow our best minds from our communities to go to Washington."

Salado, originally from Boston, said he feels a sense of patriotism and has a "connection" to the nation's founders. He also said he finds inspiration from what he studied in college. The 23-year-old drew a parallel to James Monroe, who dropped out of college to join the Continental Army, which Salado said he sees himself doing "the same thing."

"I’m not saying that we're in this war, but we kind of are in this battle to protect our American values and to protect the pillars that hold up our society and that's why I threw myself into this race so early on in my life," he said Monday.

The college student and former actor said that his only worried is that people will only attack him because of his age.

"I think the only thing that people will of course attack me on is my lack of experience in the political arena but I feel like that should maybe be something people hold onto," he said.

Salado pointed again to the nation's founding fathers, who were all young and "doing magnificent things in unconventional times," and that his background in history and political science will allow him to bring something else to Congress.

"I will be able to be a bridge to allow the people to work with me," he said. "We don't need activists, we need representatives and we need people willing to be bridges that will allow our best minds from our communities to go to Washington. I don’t want to be another know-it-all bureaucrat."