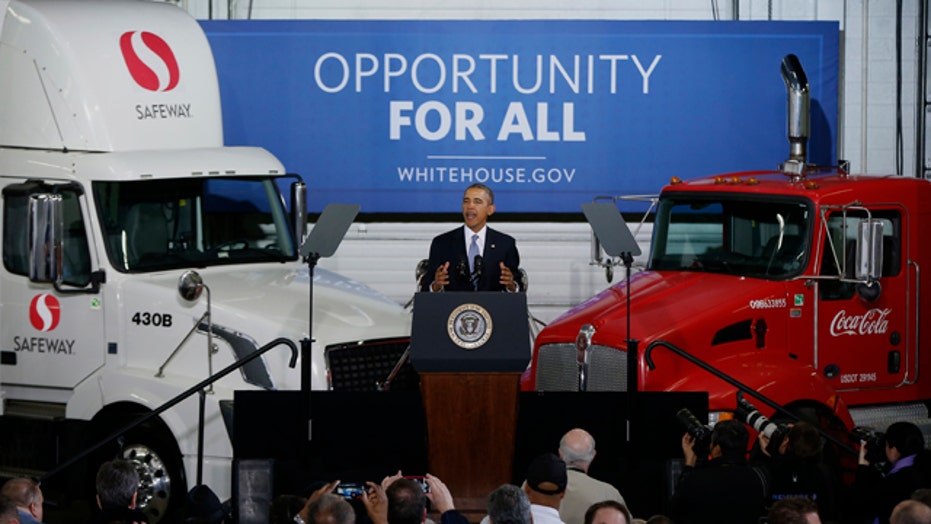 President Obama will order the Environmental Protection Agency and the Department of Transportation to create and issue new fuel efficiency and greenhouse gas standards for trucks by the end of March 2016.

Obama will address the issue in remarks Tuesday at a Safeway distribution center in Upper Marlboro, Md.

White House officials say the new directive will build on a promise Obama made in his State of the Union address, and will cover both personal and commercial trucks. The order will also build on fuel efficiency and greenhouse gas standards issued by the administration in August 2011.

Under those standards, combination tractors, pickup trucks and vans, and vocational vehicles were required to reduce fuel consumption and emissions by between 10 and 20 percent. The White House claimed that the requirements would save a projected 530 million barrels of oil and save owners and operators more than $50 billion in fuel costs.

Obama will also call on Congress to end subsidies to oil and gas companies and create a fund for the research and development of so-called "advanced vehicle technologies," which power vehicles that run on alternate fuels, such as hydrogen and natural gas, as well as electric cars.

The president will also propose a new $200 million tax credit for companies that invest in advanced vehicles and infrastructure, as well as an extension of tax credits for companies developing new biofuels.