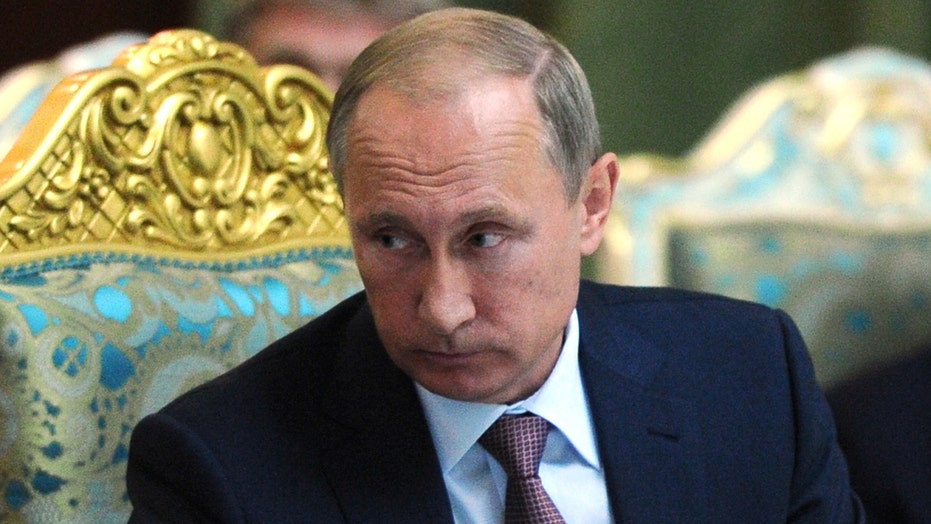 President Obama plans to meet with Russian President Vladimir Putin next week at the United Nations, a conversation likely to cover Syria and Ukraine -- and their first face-to-face encounter in nearly a year amid strongly troubled relations between the two nations.

Putin is to speak Monday at the U.N. General Assembly. The Kremlin says their meeting will take place on the sidelines, though it was unclear whether it would come before or after the speech.

The White House confirmed the meeting, saying it was at Putin's request, and indicated it would be used to address Russia's involvement in both Ukraine and Syria.

Press Secretary Josh Earnest said Obama plans to tell Putin that boosting his support for Syria's Bashar Assad is a "losing bet" and urge a "constructive contribution" toward the anti-Islamic State campaign.

"Given the situations in Ukraine and Syria, despite our profound differences with Moscow, the president believes that it would be irresponsible not to test whether we can make progress through high-level engagement with the Russians," a senior administration official added.

U.S.-Russian relations deteriorated significantly after Russia annexed Crimea from Ukraine more than a year ago. The United States, as well as other Western countries, imposed sanctions on Russia over the annexation and over claims that Russia is supporting an insurgency in eastern Ukraine with troops and arms.

Russia vehemently denies it is militarily involved in eastern Ukraine and portrays the sanctions and strong criticism from the United States as attempts to undermine the country and force Putin from power.

Russia, meanwhile, is ramping up its involvement in the Syria conflict. It recently has ferried weapons, troops and supplies to an airport near the Syrian coastal city of Latakia in what the U.S. sees as preparations for setting up an air base there.

Moscow has denied that it is building up its presence there in order to protect its longtime ally, Assad, but said instead that it wants to help him fight the Islamic State group.

The last time Putin and Obama were face to face was a series of brief encounters last November at the Asia-Pacific Economic Cooperation summit in Beijing. They have spoken by telephone three times since then.

A Russian spokesman told The Associated Press that Putin also will meet with Japanese Prime Minister Shinzo Abe on the same day.