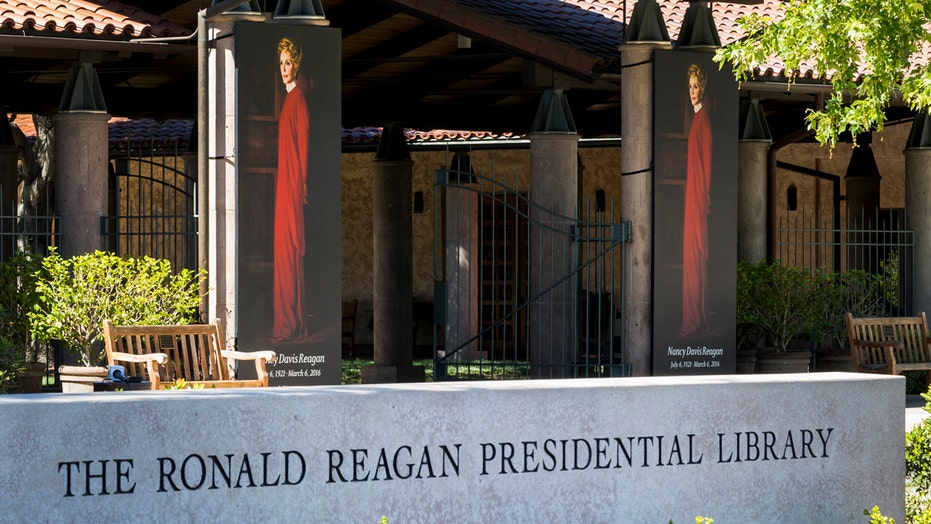 Nancy Reagan to lie in repose at Reagan Library

President Obama once again is facing criticism for planning to skip the funeral of a prominent conservative figure, with the president expected to attend a festival over the services Friday for former first lady Nancy Reagan.

Michelle Obama plans to attend the funeral in Simi Valley, California, but the president will instead be in Austin, Texas, for the South by Southwest (SXSW) festival, a popular interactive mash-up of music, tech and film.

Obama is set to deliver a keynote speech.

The controversy comes after Obama chose not to attend the funeral of Supreme Court Justice Antonin Scalia in February – a move that was heavily criticized by many on the right.

Obama, though, hardly is setting a precedent by missing the funeral of a former first lady.

And in 2011, Obama did not attend the funeral of former first lady Betty Ford.

But presidents have attended such services in other cases.

The Obamas still paid tribute to Mrs. Reagan on Monday, saying she had "redefined the role" of first lady and praising her advocacy for those suffering from Alzheimer’s.