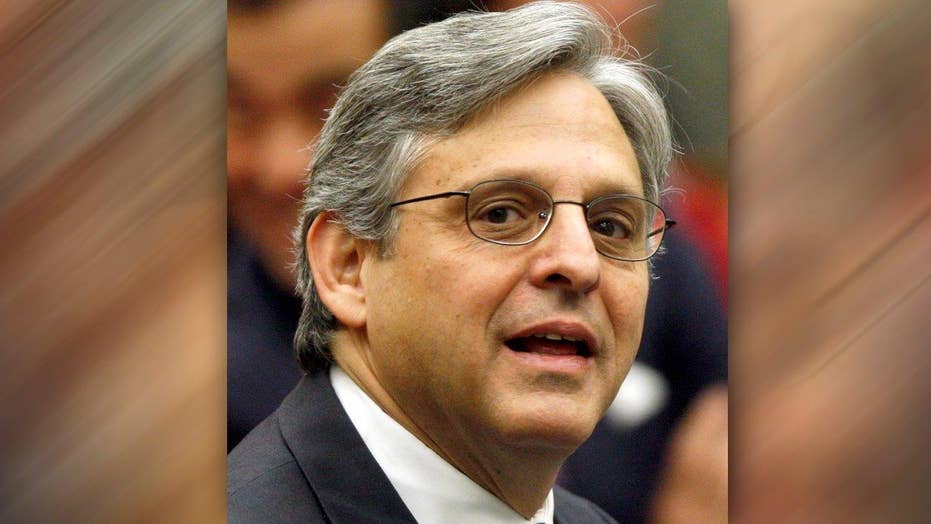 The NRA and other pro-Second Amendment groups came out strongly Wednesday against President Obama’s Supreme Court nominee, warning that Judge Merrick Garland would threaten gun rights while citing his role in a landmark firearms case.

“President Obama has nothing but contempt for the Second Amendment and law-abiding gun owners,” Chris Cox, head of the National Rifle Association's Institute for Legislative Action, said in a statement.

Senate Republican leaders already have said they don't plan to consider Garland's or any nomination. But conservative groups pressuring lawmakers to hold the line largely are focusing on the D.C. appeals court judge's votes related to the 2008 Supreme Court case District of Columbia v. Heller, which weighed D.C. residents’ right to keep handguns in their homes.

The case reached the high court after a three-judge panel of the District’s U.S. Court of Appeals struck down parts of D.C.’s handgun ban.

The heavily Democratic D.C. government opposed the decision and asked the full appeals court to reconsider. But the request was denied in a 6-4 vote. Merrick was among the four on the full court who voted to re-hear the case, though he took no formal position on the merits.

The Supreme Court ultimately upheld the individual right to self-defense, in an opinion delivered by the late Justice Antonin Scalia, whom Garland is seeking to replace. Still, critics saw Garland’s earlier vote to re-hear as a signal that Garland backed the D.C. gun restrictions.

Cox said his group “strongly opposes” the Garland nomination “on behalf of our five million members and tens of millions of supporters across the country.”

“There is no longer a majority of support among the justices for the fundamental, individual right to own a firearm for self-defense. Four justices believe law-abiding Americans have that right and four justices do not,” Cox also said.

Carrie Severino, chief counsel for the Judicial Crisis Network, argued Wednesday that Garland’s roughly 19-year record as a judge supports the conclusion that he would vote to reverse one of Scalia’s most important opinions.

Beyond Garland’s 2007 vote on D.C. gun ownership, Severino points to his 2000 vote on the appeals court to allow the FBI to continue to retain gun-sale records to help with criminal background checks on firearms sales.

The decision was a defeat for the powerful NRA, which filed the lawsuit.

Severino argued Wednesday that while two cases might appear like too small of a sample, such gun cases rarely reach the D.C. court.

“They are two good indicators, telling examples and adequate evidence,” she told FoxNews.com. “It’s impressive enough to have two cases that squarely address the Second Amendment.”

Severino’s group says it will spend at least $2 million on advertising to oppose the 63-year-old Garland’s nomination, whom it says “has a very liberal view of gun rights.”

Other conservative-leaning groups also have joined in opposing the appointment of Garland, who was appointed to the appeals court by President Clinton, then served during the Bush and Obama administrations.

“We are one liberal Justice away from seeing gun rights restricted,” said Michael Needham, chief executive for Heritage Action.

The group, the policy advocacy group for the influential Washington think tank the Heritage Foundation, is also backing the GOP-led Senate’s decision to hold no confirmation hearing.

He argues that Americans in just seven months will pick a new president, who should make the decision about replacing Scalia, a leading conservative voice on the high court.

Brian Rogers, executive director for the group America Rising Squared and a former spokesman for Arizona GOP Sen. John McCain, said Garland’s vote to re-hear the D.C. gun law case “is deeply concerning to all who care about our Second Amendment right to keep and bear arms.”

“I hope they’re fair. That’s all,” Obama said Wednesday. “To give him a fair hearing and up or down vote.”