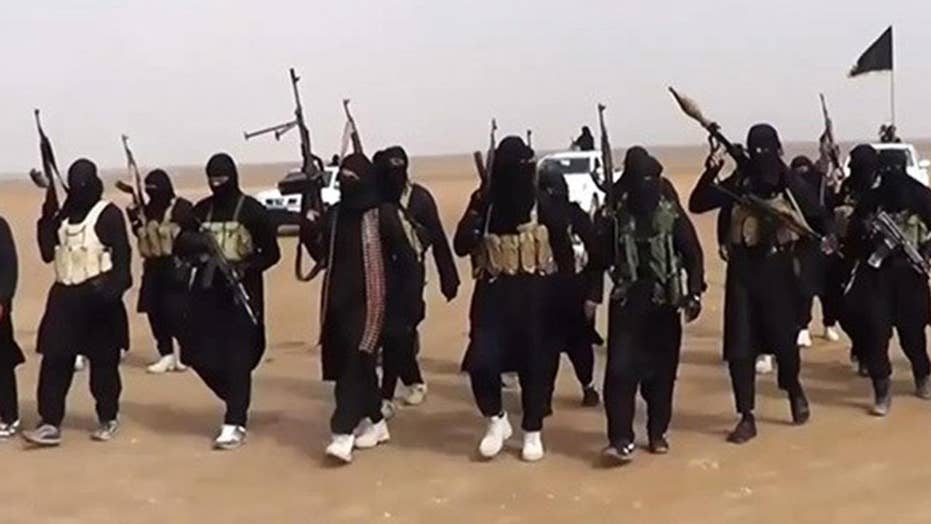 Trump addresses foreign policy in State of the Union

After just over a year in office, President Trump has clearly established a foreign policy predicated on America’s national interest and the assertion of American power. This is a big improvement over President Obama’s weakness, “leading from behind” and deference to “the international community” in pursing and defending our vital interests.

American foreign policy, President Trump understands, must be controlled by America – not by any other nation or group of nations.

Admittedly, the president’s stand on a number of issues has been subject to vacillation. His view of the Iran nuclear deal swung from acceptable to unacceptable in the same day. He’s shown similar swings in his views of foreign leaders, such as Chinese President Xi Jinping, who fell from top to bottom and back again on President Trump’s list of international friends.

But while it’s fair to say that President Trump can be emotional and erratic – and that a comprehensive global strategy has not emerged from the White House – the contours of the Trump administration’s foreign policy have clearly emerged.

Too many of the president’s critics have taken to hyperbole to blast his foreign policy. For example, writing in The Weekly Standard, Michael Warren contends President Trump does not even have a have a foreign policy. This is absurd.

Warren writes:  “Trump’s foreign policy has been incoherent and usually reflected the views of whoever was most influential with the president at any given moment. Advisers have had to race to keep up with the wavering lines.”

In fact, President Trump can point to foreign policy wins and important and well-developed ideas that he has advanced.

For example, the president’s speech when he was in Saudi Arabia to meet with Arab leaders laid out a joint defense strategy to thwart Iranian ambitions. It was a speech that referred to cooperation among Sunni Muslim states on foreign relations, logistics, intelligence and military purchases and activities. Most notably, the president described specific and realistic tactics to defeat terrorism in all its forms.

Also in the Middle East, President Trump acknowledged the obvious fact that Jerusalem has been the capital of Israel since 1948 as well as in ancient times, and announced he would relocate the U.S. embassy there. He did not define the borders of Jerusalem or preclude the Palestinians from establishing a capital for their own state in part of the city if they can negotiate such an agreement with Israel.

By reiterating his belief that nations must react to international belligerence through national sovereignty, President Trump has made clear that he understands that the “new world order promoted by presidents Obama and George W. Bush did not result in international equilibrium.

On the contrary, a U.S. in retreat – particularly under President Obama – left a vacuum filled by bad actors such as ISIS. The defeat of ISIS by U.S. and allied troops after President Trump became commander in chief demonstrated the president’s commitment to an assertive stance and the revival of hardnosed realism.

President Trump didn’t just denounce ISIS. He unleashed forces that ousted ISIS from its self-proclaimed state and liberated Iraqis and Syrians trapped there by the radical Islamic terrorist group.

And unlike President Obama, President Trump did not handcuff our armed forces by trying to micromanage exactly what they could and could not do in the battle against ISIS forces that are dedicated to killing as many Americans as possible.

In another example of foreign policy leadership, President Trump’s speech in Poland was an emotional defense of Western civilization. He correctly noted that individual rights, freedom of conscience and the rule of law are features uniquely associated with this civilization. In articulating this defense, the president was implicitly denouncing the cultural relativism that afflicts the provinces of political correctness, particularly Western European states.

Finally, President Trump has made it clear that ignoring the North Korean ICBM and nuclear tests is unacceptable. He has not kicked the can down the road as his predecessors did. The president realizes there are no more cans and no more road.

President Trump’s tough rhetoric is designed to contain North Korean dictator Kim Jong Un and develop a regional defense system that includes South Korea and Japan. While the jury is still out on this matter, President Trump has seemingly faced down the threats and restored some stability to a very volatile situation.

Since we are only one year into the Trump administration much can change. It is increasingly obvious that the State Department needs a strategic vision for coping with Chinese commercial ventures through the neo Silk Road. Similarly, Russian involvement in the Middle East with its Iranian alliance and ties to terrorist group Hezbollah could usher in a direct confrontation between the U.S. and Russia, something both nations would wish to ignore.

Clearly, there is work to be done. Some critics contend President Trump’s self-sabotage – his shooting from the hip – has dragged down his ability to formulate a coherent foreign policy. Alas, there is a point to be made in this regard.

Reining in the egregious dimensions of the president’s public persona, from tweets to vulgar commentary, could solidify his foreign policy positions. But to suggest he has been unable to formulate positions on international matters is, as I see it, quite inaccurate.