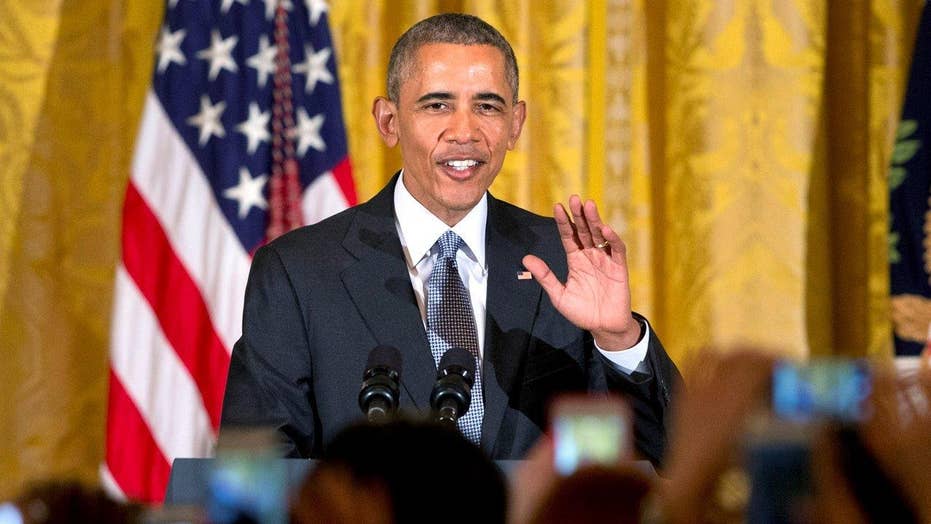 How involved will Obama be in 2016 race?

Strategy Room: Ellen Ratner and Charmaine Yoest on reports President Obama is becoming increasingly involved in campaign to keep a Democrat in the White House

President Obama sought to increase the amount of money available for the federal government to spend on former presidents in advance of his White House exit.

In his budget requests for fiscal years 2016 and 2017, Obama proposed hikes in the appropriations for expenditures of former presidents, according to a report from the Congressional Research Service published Wednesday.

The report, which discusses the pensions and other federal benefits offered to former commanders-in-chief by way of the Former Presidents Act, specifies that Obama’s 2017 budget proposes a nearly 18 percent hike in appropriations for expenditures of former presidents. He successfully requested an increase in such appropriations for fiscal year 2016.

“For FY2016, President Obama requested and received appropriations of $3,277,000 for expenditures for former Presidents–an increase of $25,000 from FY2015 appropriated levels.”

The Former Presidents Act, enacted in 1958, provides living former presidents with a pension, office staff and support, funds for travel, Secret Service protection, and mailing privileges. It also provides benefits for presidential spouses. Currently, former presidents are awarded a pension equal to the salary of cabinet secretaries, which totaled $203,700 for the 2015 calendar year and was boosted by $2,000 for the current calendar year.

Annual Allowance for Former Presidents and First Ladies in 2015 | Graphiq