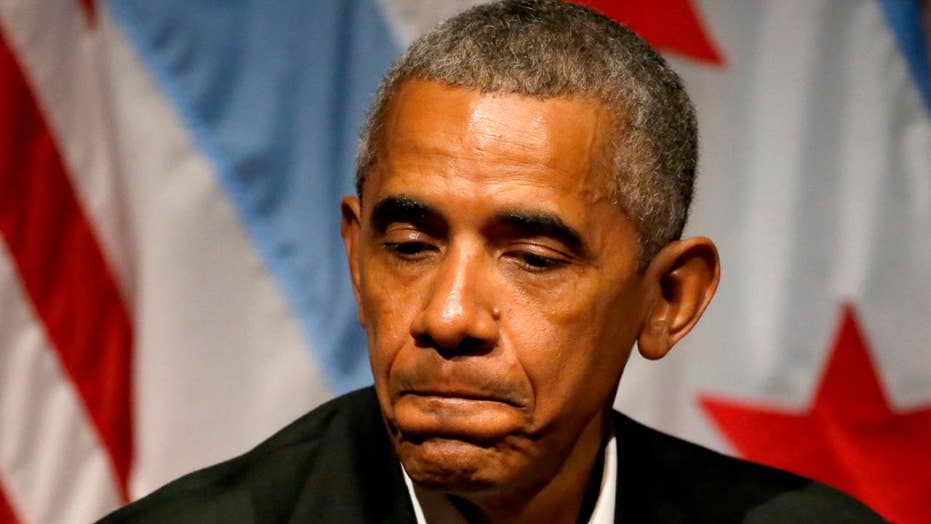 President Obama set to cash in from Wall Street

But didn't he call them 'fat cats'?

Former President Barack Obama has been a busy man.

Obama, last month, addressed clients of Northern Trust Corp. in New York to a tune of $400,000, Bloomberg reported, citing a person familiar with the appearance.

The report said Obama, last week, also met with the private equity giant the Carlyle Group—which was unreported-- and spoke about his time as president. He is reportedly due to deliver a keynote at a Cantor Fitzgerald health-care conference.

Ken Lewis, a spokesman for Obama, told Bloomberg that he gives speeches that are “true to his values.”

“His paid speeches in part have allowed President Obama to contribute $2 million to Chicago programs offering job training and employment opportunities to low-income youth,” he said.

Fox Business reported in April about Obama’s upcoming speeches. Another spokesman told FBN that Obama—as a candidate—pulled in more money than any candidate in history, and went on to “implement the toughest reforms on Wall Street since FDR.”

In 2009, Obama famously lashed out at bankers, calling them “fat cats” who don’t get it.

“I did not run for office to be helping out a bunch of fat cat bankers on wall Street,” he told “60 Minutes "They're still puzzled why is it that people are mad at the banks. Well, let's see," he said. "You guys are drawing down $10, $20 million bonuses after America went through the worst economic year that it's gone through in -- in decades, and you guys caused the problem. And we've got 10 percent unemployment."

The Wall Street Journal at the time described the relationship between the White House and Wall Street as “frosty from the start.”

Sean Coffey, a Democratic donor, told Bloomberg, “Not everyone’s going to be a Jimmy Carter, who does purely good works after he gets out. “I don’t think getting any grief for doing this is going to bother him at all.”