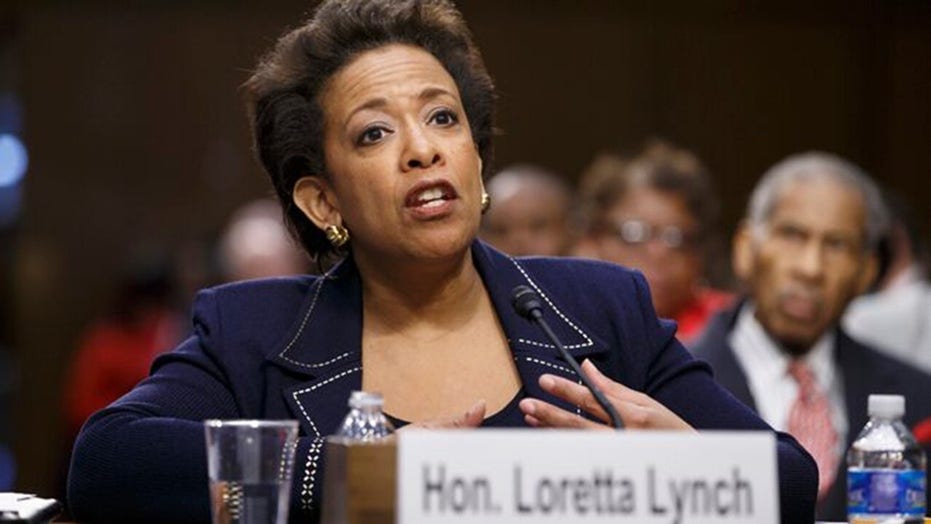 Transcripts show Lynch claiming she was not told about plan; attorney Thomas Dupree weighs in.

New York state officials announced Wednesday that Loretta Lynch, who served as attorney general in President Obama's administration from 2015 to 2017, will "help guide and support" authorities' ongoing investigation into the NYPD's interactions with the public in the wake of George Floyd protests.

The move came despite concerns over the numerous consent decrees that Lynch's Justice Department (DOJ) arranged with police departments, which observers said actually increased crime rates by disincentivizing policing and causing police to pull out of dangerous neighborhoods.

The consent decrees asserted that numerous police departments across the country were engaged in systemic racism. Critics, however, said the DOJ was improperly concluding that disparate enforcement numbers were necessarily evidence of police racism.

“There is no greater responsibility of government than the protection of its citizens,” Lynch said in a statement. “It is time to examine recent events to ensure that all New Yorkers receive truly equal protection under the law. I look forward to working with Attorney General [Letitia] James and her outstanding team on these important issues.”

Amid the protests during the past two weeks, some NYPD officers have been run over by cars, shot, and stabbed; others have drawn scrutiny for actions that were widely broadcast -- and, in some cases, heavily edited -- on social media. New York City Mayor Bill de Blasio at one point called for an officer to be fired when a short video showed him brandishing a gun at protesters; a full video then emerged showing the officer's supervisor had just been hit by a brick.

Separately, the mayor initially defended other officers filmed driving through protesters who were attacking their police vehicles before calling for an investigation. And an NYPD officer has been charged with assault for pushing a woman to the ground, although more details of the episode remained unclear.

Policemen surround a NYPD vehicle after it was vandalized by protestors over the death of George Floyd, a black man who was in police custody in Minneapolis, on Saturday, May 30, 2020, in the Brooklyn borough of New York. Floyd died after being restrained by Minneapolis police officers on Memorial Day. ((AP Photo/Wong Maye-E)

The episodes in New York and across the country came as President Trump has called for police reforms, while some Democrats and the Black Lives Matter group want the total defunding of police departments.

Against that backdrop, Lynch, along with NYU Law professor Barry Friedman, are set to serve as "special advisers," the city said in a press release that touted Lynch's past probes into "several large police departments" to determine whether agencies and police officers were "engaging in patterns or practices of unlawful conduct."

Then-Attorney General Jeff Sessions limited federal authorities' ability to use the consent decrees prior to leaving office, amid concerns that they could be unconstitutional, illogical, overbroad, and dangerous -- including by reducing police incentives to deploy to dangerous areas.

"Most of the investigations and decrees are due to alleged patterns of civil-rights abuses by police departments," Peter Kirasnow, an attorney and member of the U.S. Commission on Civil Rights, wrote for The National Review. "Of course, abuses exist. But the Obama administration began with the assumption that racial disparities in arrests and police interactions with the community were necessarily the result of racial discrimination and without a rational basis.

"That assumption is, in a word, idiotic," Kirasnow wrote. "In almost every instance racial disparities in law enforcement are due to higher crime rates among blacks. In fact, in some areas arrest rates for blacks are actually lower than would be predicted by black crime rates."

In perhaps her most high-profile effort, Lynch led the DOJ's probe into the Chicago police after the high-profile killing of Laquan McDonald in Chicago in 2014, finding that officers employed an unconstitutional "pattern or practice of use of excessive force."

Among other findings, the report determined that city police used excessive force and that "this pattern is largely attributable to systemic deficiencies within CPD and the city." It also cited insufficient training and a failure to hold bad officers accountable.

However, former Chicago Police Superintendent Garry McCarthy told Fox News the Justice Department never interviewed him for its report, even though he was on the force until late 2015. Speaking to "America's Newsroom," he suggested it was because "my narrative doesn't fit what they want to say. ... The politics is the strongest pull."

LYNCH ACCUSES COMEY OF MISREPRESENTING HER REMARKS IN SWORN TESTIMONY: 'QUITE SURPRISED'

Lynch said at the time that her department tried reaching out to McCarthy, but "he was unavailable."

McCarthy said the actions of police were not to blame for Chicago's skyrocketing violent crime rate.  Bloody Chicago recorded 18 murders on May 31, making it the city’s deadliest day in 60 years.

The dubious milestone was reached on a day Chicago was roiled by another round of protests and looting following the Memorial Day death of George Floyd in police custody in Minneapolis. The 18 deaths tallied by the University of Chicago Crime Lab made May 31, 2020 the single-most violent day in six decades, the Chicago Sun-Times reported. The Crime Lab numbers go back only to 1961.

On May 29 and May 30, there were seven murders. In a city with an international reputation for crime, the 25 murders on those three days made for the most violent weekend in Chicago’s modern history, according to the paper.

Earlier in the week, audio surfaced showing distraught Chicago officials complaining to Mayor Lori Lightfoot -- as looting and rioting in response to Floyd’s death swept through the Windy City -- pleading for help and warning that the vulnerable had lost access to food and medicine.