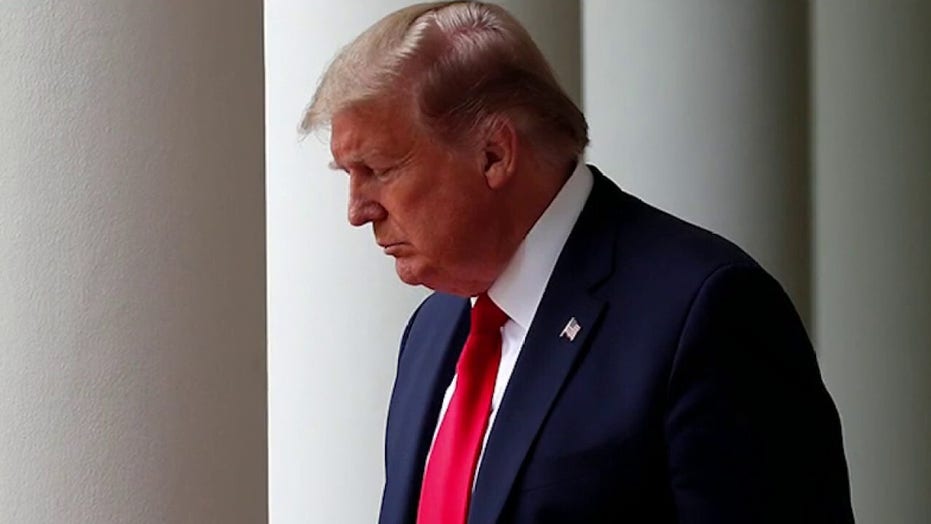 Sources say the reforms would be a combination of executive and legislative action; chief White House correspondent John Roberts reports.

President Trump will soon have a list of police reform proposals that can be accomplished through a combination of executive and legislative action -- and that effort could have some crossover with Democratic proposals, multiple sources told Fox News on Tuesday.

The potential executive actions would be taken at the Justice Department, and would be executed in conjunction with law enforcement and community leaders.

The priority of the proposals will be on putting in place protections for communities, but not tying the hands of the police, Fox News is told.

Trump met with law enforcement leaders who gave him some proposals for possible reforms on Monday, in the wake of the in-custody death of George Floyd in Minneapolis. Four ex-officers have been charged in Floyd's death, which touched off nationwide protests, looting, and violence, including the burning of the St. John's Church just steps from the White House.

Charlotte-Mecklenburg Police Department officers begin to move forward through tear gas during a protest, Saturday, May 30, 2020, in Charlotte, N.C., as people nationwide protested the Memorial Day death of George Floyd, who died in police custody in Minneapolis. (Jeff Siner/The Charlotte Observer via AP)

White House officials also responded to criticisms that Trump should deliver a national address concerning police reforms, telling Fox News that it's Trump’s position that “actions speak louder than words,” and that he has spent the time working up policy rather than writing speeches.

A timeline is not yet available concerning the proposals, but an announcement later this week is on the table.

Speaking to Fox News' Bret Baier on Monday, Attorney General Bill Barr indicated that the federal government should help set standards that abolish the use of police chokeholds and similar techniques. After kneeling for several minutes, top Democrats on Monday introduced a sweeping criminal justice reform bill, which includes a limitation on police officers' qualified immunity to certain forms of lawsuits for misconduct on the job.

DISTRAUGHT CHICAGO OFFICIALS COMPLAIN TO MAYOR OVER VIOLENCE -- AND MAYOR SHOOTS THEM DOWN; 'MY WARD IS A SH-- SHOW'

Critics say qualified immunity, a judge-made doctrine, is necessary to protect police from complaints that would punish officers for reasonably executing their duties in stressful situations, or complaints intended to harass officers. Democrats charge, however, that qualified immunity is a shield for bad behavior and has enabled a culture of misconduct.

The “Justice in Policing Act of 2020” would also establish a registry of police misconduct, and would specifically allow officers to be punished for violating constitutional rights "knowingly or with reckless disregard.” The federal standard currently permits officers to be prosecuted only for “willfully" violating constitutional rights -- a significantly higher standard of proof.

Further, the federal standard for use of force would change from “reasonableness” to situations where it is “necessary to prevent death or serious bodily injury.”

However, Trump, Barr, and a slew of Republican attorneys general have made clear they oppose Democrats' efforts to defund police departments.  On Monday, the president of Minneapolis' City Council told CNN that people worried about having no one to call during a home invasion were speaking from a "place of privilege." Those comments drew widespread backlash.

Joe Biden, Trump's chief rival for the presidency, has said through a spokesperson that he does not support defunding the police. However, the former vice president wrote in an op-ed that he would create a "national police oversight commission within 100 days of taking office."

FILE - In this June 6, 2020, file photo, protesters march in New York. Since Floyd’s killing, police departments have banned chokeholds, Confederate monuments have fallen and officers have been arrested and charged. The moves come amid a massive, nationwide outcry against violence by police and racism. (AP Photo/Ragan Clark, File)

Should police be defunded, Barr told Baier, "You would have increases in vigilantism and increases in chaos in the city." Barr added it's "been shown" that more killings would result.

Research by Harvard economist Roland G. Fryer Jr. has determined that when police pull out of communities, black deaths tend to increase. Frey also found no evidence of racial bias in police shootings; other commentators have argued that police incompetence and corruption, rather than racial bias, could explain violent police encounters.

And, Zaid Jilani wrote in The Guardian that Baltimore saw a brutal rise in murders after police pulled back there.

“We saw the police department arrest less during a period of high crime,” the Rev. Kinji Scott, a community activist "who lost a brother and a cousin to homicides in other cities," told Jilani. “So what happened is you have a community of emboldened criminals.”

Earlier in the week, audio surfaced showing distraught Chicago officials complaining to Mayor Lori Lightfoot -- as looting and rioting in response to Floyd’s death swept through the Windy City -- pleading for help and warning that the vulnerable had lost access to food and medicine.

Chicago recorded 18 murders on May 31, making it the city’s deadliest day in 60 years.