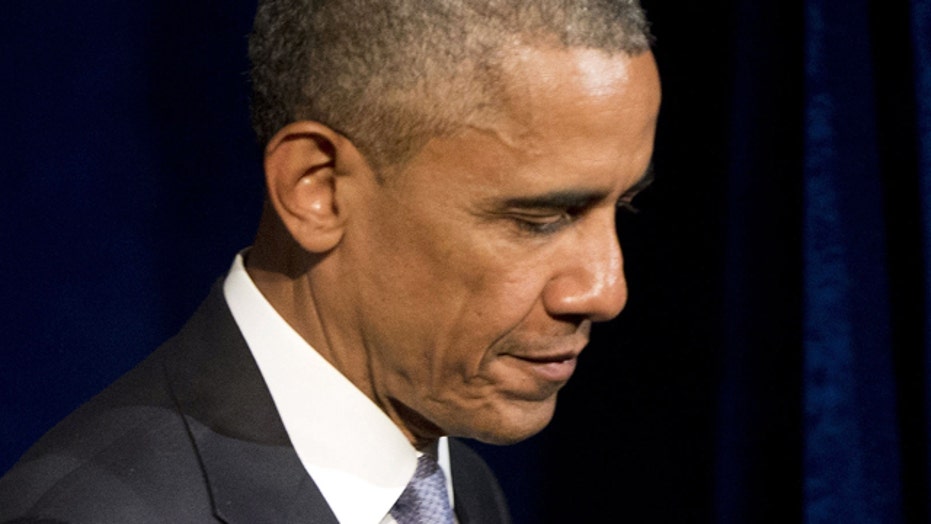 The Obama administration's review of a January drone strike that killed American and Italian development workers held by Al Qaeda reportedly will focus on how the U.S. did not know that the hostages were at the targeted compound in the Shawal Valley of western Pakistan.

The Jan. 14 strike, carried out by the CIA under the Obama administration's "signature killings" program, resulted in the deaths of Dr. Warren Weinstein, an American development expert kidnapped by militants in August 2011, and Giovanni Lo Porto, an Italian aid worker who was abducted in January 2012. Obama said that he had ordered a "full review" of his administration's rules for carrying out drone attacks.

In the aftermath of the White House announcement of the two deaths, the Obama administration faced questions from some quarters about whether an attempt to free the hostages could have been launched. U.S. officials told The Wall Street Journal late Thursday that they never had enough intelligence to mount such an operation.

With no U.S. troops on the ground in Pakistan, and the Pakistani government unable or unwilling to force Al Qaeda out of the so-called tribal areas along the Afghan border, the U.S. relies on the CIA to act when the intelligence picture is judged to be sufficiently clear. In this case the CIA had reason to believe a meeting of mid-level Al Qaeda militants was taking place at the targeted compound, but the drone strike was not aimed at a specific individual, administration officials told the Associated Press.

The New York Times reported that CIA counter-terror analysts began monitoring the compound weeks before the drone strike and saw no sign that the hostages were there. The Times reported that analysts did not realize something was amiss about the operation until they observed six bodies being buried instead of the expected four.

From there, the paper reports that the agency worked its informers on the ground as well as cell phone intercepts for more information about the compound's inhabitants. By February, according to The Times, enough evidence had been gathered for the FBI to tell Weinstein's wife, Elaine, that her husband may have died, though they did not specify a possible cause.

According to The Times, investigators believe that Weinstein and Lo Porto had either been kept inside the compound during the entire pre-operation surveillance period or had been slipped inside during a gap in the CIA's observation.

Following Obama's announcement Thursday, Elaine Weinstein said in a statement, "there are no words to do justice to the disappointment and heartbreak we are going through."

Rep. Duncan Hunter, R-Calif., a Marine Reserve Officer and a veteran of Iraq and Afghanistan, issued a stronger statement: "Warren Weinstein did not have to die. His death is further evidence of the failures in communication and coordination between government agencies tasked with recovering Americans in captivity – and the fact that he’s dead, as a result, is absolutely tragic."

Weinstein, 73, had appeared in four proof-of-life videos since his abduction from his home in Lahore, Pakistan. The most recent of those videos appeared in December 2013. In that video, Weinstein appeared in a tan track suit with a wool cap and pleaded with the U.S. to come to his aid.

"And now, when I need my government, it seems that I have been totally abandoned and forgotten," Weinstein says, apparently reading from a script. "I again appeal to you ... to negotiate my release," he said on the tape.

The White House also revealed Thursday that two American-born Al Qaeda operatives were among the people killed in this and one other strike, but they were overshadowed by the disclosure of Weinstein's and Lo Porto's deaths.

The operation that resulted in the hostages' deaths was a so-called "signature strike" which targets suspected terrorists and does not require Obama's personal approval. Another category of drone strike targets specific terror suspects on so-called "kill lists" and does require a presidential signoff. U.S. officials told the Journal that the most likely outcome of any review would be the imposition of modest restrictions on signature strikes.