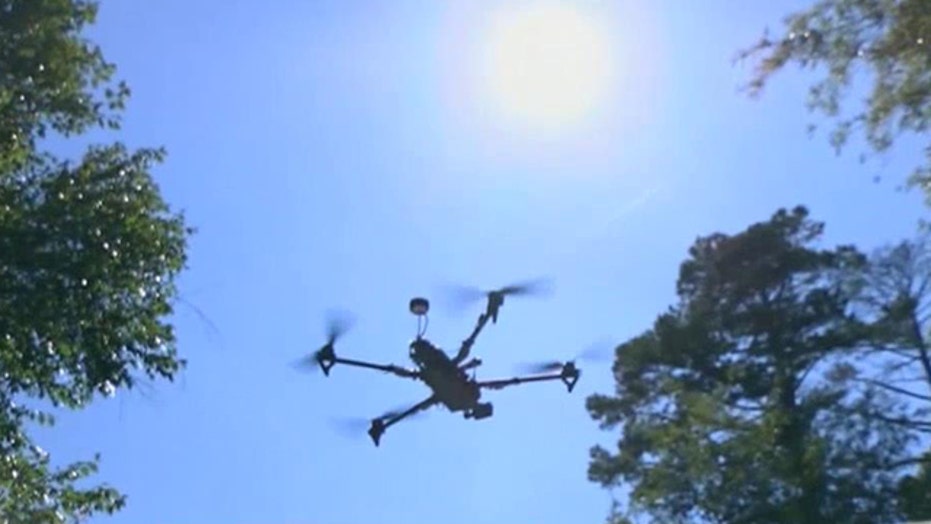 President Obama on Sunday announced plans to regulate the use of small, commercial drones -- attempting to get ahead of safety, privacy and economic issues as the unmanned aircraft quickly become more a part of everyday American life.

Obama said in a presidential memorandum that drones are already a more flexible and less-expensive alternative to piloted aircraft for public and private users. And they could play “a transformative role” in urban infrastructure management, farming, public safety, coastal security, military training, search and rescue and disaster response.

The president has given federal agencies at least 90 days to start drafting guidelines, but the Federal Aviation Administration on Sunday released preliminary rules in conjunction with the memorandum.

Among the chores that federal officials envision drones performing are aerial photography and mapping, crop monitoring and inspecting cell towers, bridges and other tall structures.

However, the proposal includes safety restrictions such as keeping drones within sight of operators at all times and no nighttime flights, which could mean no pizza or Amazon package deliveries by drone.

Commercial operators, for example, will have to take an FAA-administered knowledge test and pass a Transportation Security Administration security check to fly small drones, defined as weighing less than 55 pounds, according to the proposal.

The final rules still could be two or three years away.

Even if the White House approves the FAA's proposal, the agency must offer a public comment period, and tens of thousands of comments are anticipated and must be addressed before final regulations are issued.

The FAA currently bans all commercial drone flights except for those by a small number of companies that have been granted waivers. Congress has been leaning on the agency to move faster on regulations that would allow a wide variety of companies to employ drones.

Under a law passed in 2012, the FAA was to issue final regulations by September 2015, but that appears unlikely.

"We have tried to be flexible in writing these rules," said FAA Administrator Michael Huerta. "We want to maintain today's outstanding level of aviation safety without placing an undue regulatory burden on an emerging industry."  He said the agency intends to issue final rules as quickly as it can.

Brian Wynne, president and chief executive officer of the Association for Unmanned Vehicle Systems International, a trade group, called the proposed rules "a good first step" toward bringing the United States closer to realizing the benefits of drone technology.

The memorandum also lays out measures federal agencies must follow to guard against abuse of data collected in drone flights and states they must have polices that “prohibit the collection, use, retention or dissemination of data in any manner that would violate the First Amendment or in any manner that would discriminate against persons based upon their ethnicity, race, gender, national origin, religion, sexual orientation or gender identity.”

The FAA analysis suggests drones -- officially known as Unmanned Aircraft Systems -- would be safer than heavier, manned aircraft in such operations as cell-tower and other high-tower monitoring, citing 95 fatalities involving climbers from 2004 to 2012.

Officials have not made public an estimate of the total annual economic benefit of regulations but say it would exceed $100 million a year.

For example, about 45,000 annual bridge inspections could be conducted with small drones, they say.

The document indicates the agency has dropped its insistence that drone operators have the same licenses and medical certificates required for pilots of manned aircraft. Industry officials complained that obtaining a private pilot license or medical certificate would be unnecessarily burdensome. The agency estimates the cost to operators of obtaining certificate at about $300.

A private pilot license can cost thousands of dollars because it requires many hours of experience flying a plane.

Operators would have to fly drones at less than 500 feet, which is below where most manned aircraft fly. That's 100 feet higher than the agency typically has approved in waivers to commercial operators.

The line-of-sight requirement would preclude delivery drone of the type envisioned by Amazon. Google is also experimenting with such drones.

Industry officials have chafed at both restrictions, saying they significantly reduce the usefulness of unmanned aircraft. The FAA's concern is that with no pilot on board, the operator on the ground is best able to prevent a collision with another aircraft by keep the drone in sight at all times.

The FAA analysis was first reported by Forbes on Saturday.