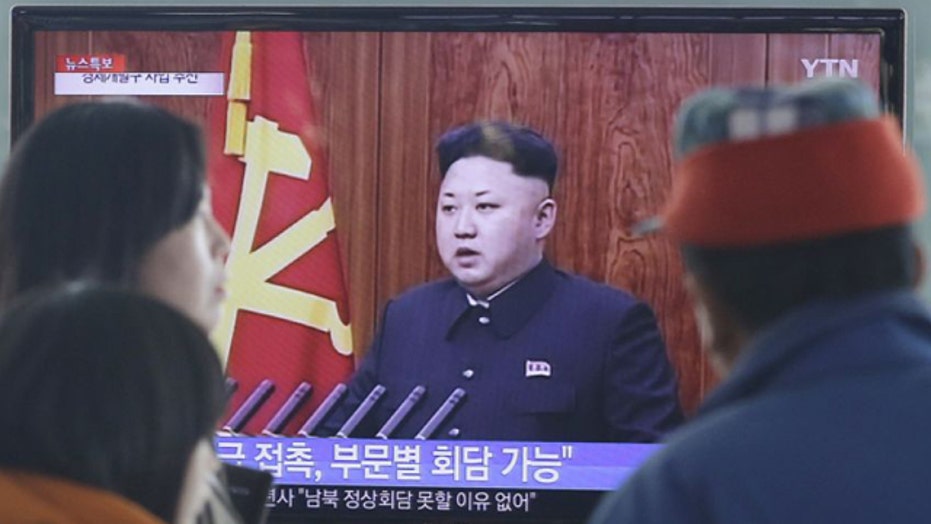 The Obama administration on Friday imposed a wave of sanctions against members of the North Korean government, amounting to the U.S. government's first official response to the cyber-attack against Sony Pictures Entertainment.

Despite lingering questions from private security analysts over whether North Korea was responsible for the hack -- as the FBI has alleged -- the White House described the new sanctions as retaliation against Pyongyang.

"We take seriously North Korea's attack that aimed to create destructive financial effects on a U.S. company and to threaten artists and other individuals with the goal of restricting their right to free expression," White House Press Secretary Josh Earnest said in a statement. "As the president has said, our response to North Korea's attack against Sony Pictures Entertainment will be proportional, and will take place at a time and in a manner of our choosing. Today's actions are the first aspect of our response."

An executive order signed by President Obama authorizes sanctions against agencies and officials associated with the North Korean government and Workers' Party of Korea. Obama, in the order, cited North Korea's "provocative, destabilizing, and repressive actions and policies ... including its destructive, coercive cyber-related actions during November and December 2014."

The Treasury Department, in turn, designated three government-tied entities and 10 North Korean officials under those sanctions. The sanctions would deny them access to the U.S. financial system and bar them from entering the U.S.

The department does not name North Korean leader Kim Jong-un but does designate representatives of the government stationed in Russia, Iran and Syria, among others. It also names North Korea's primary intelligence organization, its primary arms dealer and an organization that deals with technology procurement called the Korea Tangun Trading Corporation.

North Korea is already subject to other U.S. sanctions over its nuclear program.

Some of those targeted by Friday's actions are already subject to sanctions. Rep. Ed Royce, R-Calif., chairman of the House Foreign Affairs Committee, called for stronger measures.

“It’s good to see the Administration challenging North Korea’s latest aggression - cyberattacks that can do grave damage,” he said in a statement. “But many of the North Koreans blacklisted today have already been targeted by U.S. sanctions.  We need to go further to sanction those financial institutions in Asia and beyond that are supporting the brutal and dangerous North Korean regime, as was done in 2005. “

In recent days, however, cybersecurity experts in the private sector have raised questions about the allegations North Korea was behind the Sony attack.

One firm, Norse, earlier this week briefed the FBI on evidence it claims could support the theory that the hack was an inside job, involving former Sony staff.

Kurt Stammberger, senior vice president for market development at the company, told FoxNews.com earlier this week that his company turned over "raw data" to the FBI after briefing agents for two or three hours on Monday.

Among other details, he said Norse has data about the malware samples that point to "super, super detailed insider information" that only a Sony insider would have.

Further, one former Sony employee told FoxNews.com there is a "growing consensus that North Korea wasn't responsible." The former employee questioned why, if it was North Korea, the country hasn't released other potentially damaging documents in retaliation for the limited release of "The Interview."

The FBI, though, has stood by its original allegations.

The State Department and the rest of the Obama administration appear to be on the same page.

As part of Friday's announcement, Treasury Secretary Jacob Lew said in a statement that the actions will "further isolate key North Korean entities and disrupt the activities of close to a dozen critical North Korean operatives."

He said: "We will continue to use this broad and powerful tool to expose the activities of North Korean government officials and entities."