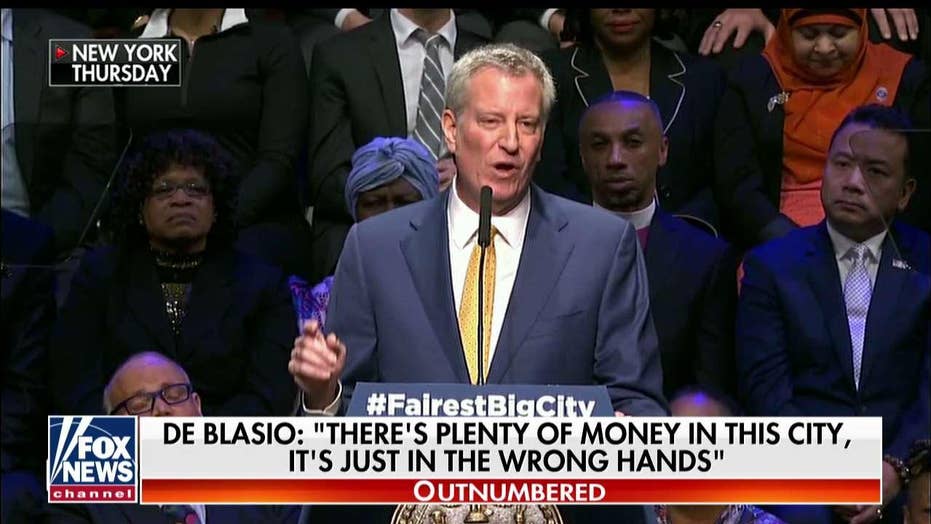 CONCORD, N.H. – New  York City Mayor Bill de Blasio is headed this Friday to the state that holds the first primary in the race for the White House, sparking speculation that the two-term liberal mayor of America’s biggest city may be gearing up for a Democratic presidential bid.

De Blasio, a self-described populist who’s repeatedly not ruled out a 2020 run, will travel to New Hampshire on Friday after a visit on Thursday in Cambridge, Mass., to the Kennedy School of Government at Harvard University. The news was first reported by Politico and confirmed by Fox News.

That event is titled "How we Raise Up NH - lessons & discussion with NYC Mayor Bill de Blasio."

There’s already a crowded field of candidates for the Democratic presidential nomination, which includes another New Yorker – Sen. Kirsten Gillibrand – who returns to New Hampshire on Friday for second trip to the state since launching an exploratory committee.

De Blasio’s hopes to be a major player in the 2016 election didn’t come to fruition. He pushed for New York City to host the Democratic Party’s presidential nominating convention, but the party decided to hold the convention in Philadelphia. He abandoned plans to host a candidates’ forum focused on income inequality. And he scored a less than desirable speaking slot at the Democratic National Convention.