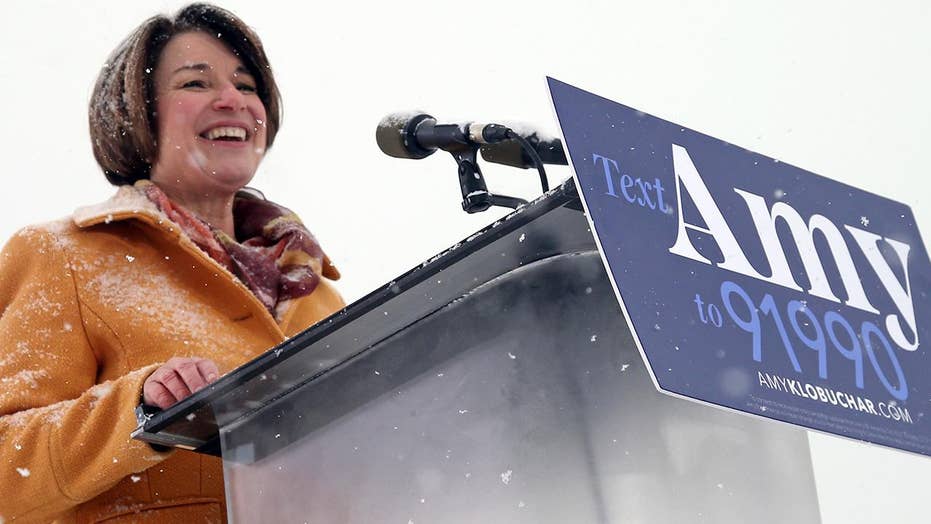 Sen. Amy Klobuchar, D-Minn, the latest Democrat to announce her candidacy in the 2020 presidential race, is attempting to discard labels such as “moderate” or centrist.

During an interview on "The Rachel Maddow Show," Klobuchar stressed that whoever faces off against President Donald Trump in the general election, the candidate should be from the "middle of the country" like herself, pointing to Democratic gains in the 2018 midterms in states like Kansas and Wisconsin.

“We wanted to take back the spirit of the Democratic Party in the Midwest,” Klobuchar explained. “Minnesota is a great place to start. As you know, we are the Democratic Farmer Labor Party, DFL, and that was done to unify our party and I have won every congressional district, even Michelle Bachmann’s, every single time I’ve run. And I’ve also worked very hard to work with people in the rural areas so that we don’t have that kind of divide.”

MSNBC host Rachel Maddow then pointed to the 2016 electoral map in Minnesota, a state that Hillary Clinton had one, but noted that there was “a lot of red.”

“You, as you said, won every congressional district in the state. Is that because you have run as a moderate? Should people who are just learning about you for the first time see you, as a lot of press has been describing you today, as a more moderate or a more centrist Democrat in this field?” Maddow asked.

“I think they should see me as a progressive because I believe in progress and I have worked towards progress my whole life whether it was for county attorney working with the Innocence Project to bring in a new form of eye-witness ID into our county and advocating for videotape interrogations, whether what I did as a senator where I’ve been on the front line pushing for protection for our democracy. Look at what happened in that Clinton-Trump race and we’re finding out more and more and more about how Russia undermined that election and tried to hack it and put out propaganda,” Klobuchar responded. “And so those Democratic reforms, including advocating for every young person being able to register to vote when they turn 18, that would be a great bill to get done.”

The crowded field of Democratic candidates is widely-seen as very liberal. More recently, the Green New Deal has been embraced by every Democrat in the race including Klobuchar and Senate colleagues Kamala Harris, Elizabeth Warren, Cory Booker, and Kirsten Gillibrand.