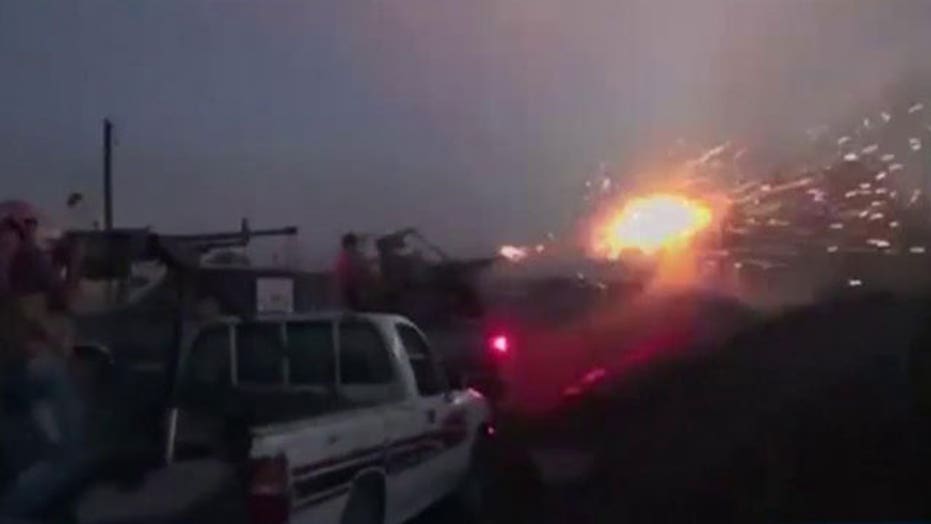 Report: Threat to airlines greater than 9/11

A Norwegian citizen who trained with a master bomb maker in Yemen and recently was added to the State Department’s list of international terrorists has been linked to the increased security screening of flights coming to the U.S., according to congressional sources familiar with the intelligence.

Anders Dale was believed to be trained by the master bomb maker Ibrahim al Asiri, who was responsible for the underwear device that nearly brought down a jet over Detroit on Christmas Day 2009, the sources said.

Since he's a top target of the U.S. drone campaign, al Asiri has trained other operatives to build the non-metallic bombs as a kind of backup insurance policy for Al Qaeda.

The chairman of the House Homeland Security Committee, Michael McCaul, R-Texas, told Fox News that Al Qaeda's desire to bring down a U.S. commercial jet is greater now than it was before 9/11, and the terrorist group has the capability and potential to do so, especially with the growing number of Western recruits fighting alongside the Al Qaeda affiliate in Syria known as the al Nusra front.

"Al Qaeda has not given up on its threat to the aviation sector. I can't stress that enough,"McCaul said. "It was before 9/11 and it's even stronger after 9/11.”

"A Norwegian who can maybe blend in more into society that doesn't look like the typical Muslim radical extremist, with this type of expertise in bomb making with clean travel documents is precisely the threat that I think Homeland Security officials are concerned about,"McCaul added.

"We have Western Europeans.We have some Americans. We have Australians in Syria, foreign fighters that are training in this capacity and so that gives me great concern of the ability to pull off a bombing plot on an airline."

McCaul said that with Al Qaeda in Yemen providing the technical expertise and the Western recruits in Syria the manpower, Dale is the new face of the terrorist threat.

A convert to Islam, he first travelled to Yemen in 2008, eventually joining Al Qaeda and training with the bomb maker before leaving in 2011. It was believed at one point he travelled to Syria but his current whereabouts are not publicly known.

On July 2, the Department of Homeland Security issued a statement citing a credible threat that prompted the new security measures at airports in Europe, the Middle East and Africa, requiring passengers on direct flights to the U.S. to power on and off their cell phones.

"DHS (Homeland Security) continually assesses the global threat environment and reevaluates the measures we take to promote aviation security. As part of this ongoing process, I have directed TSA to implement enhanced security measures...We are sharing recent and relevant information with our foreign allies and are consulting the aviation industry," said DHS Secretary Jeh Johnson.

On July 15, Dale was formally added to the State Department terrorist list that blocks U.S. citizens from doing business with him and allows the U.S. government to freeze his assets within reach of American financial institutions.

The US intelligence community has credible evidence that operatives from Al Qaeda in Yemen are working with Western nationals in Syria, who have clean backgrounds and no criminal records, along with passports that allow them to travel to the U.S. and throughoutEurope without a visa.

Fox News chief intelligence correspondent Catherine Herridge's bestselling book "The Next Wave: On the Hunt for Al Qaeda's American Recruits" draws on her reporting at Fox News and predicted that the next generation of recruits would come from the U.S. as well as Western Europe. http://www.amazon.com/The-Next-Wave-American-Recruits/dp/0307885267