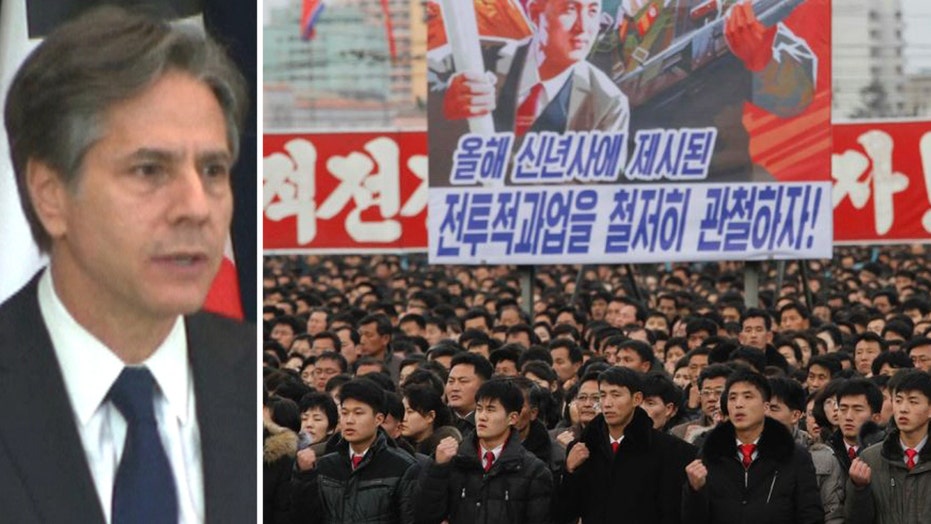 US diplomat: We won't tolerate a nuclear North Korea

A key U.S. diplomat warned Thursday that North Korea's weapons capabilities have shown a "qualitative improvement" in the past year and the result is an "unprecedented level of activity."

Deputy Secretary of State Antony Blinken, who met with his counterparts from key U.S. allies Japan and South Korea, said the North conducted nuclear and missile tests with new intensity during 2016 and that the threat it poses grows by the day. The North Koreans learn from every single test, including failures, he said.

"They apply what they have learned to their technology and to the next test, and in our assessment we have seen a qualitative improvement in their capabilities over the past year as a result of this unprecedented level of activity," Blinken told a news conference.

If such a missile were wedded to a nuclear warhead it could pose a new level of threat to the U.S. mainland, but it remains unclear when the secretive nation might achieve that goal. President-elect Donald Trump responded in a tweet Monday, "It won't happen!"

Blinken said that the U.S. and its allies were not "sitting still," and had bolstered defenses to stay ahead of the threat with additional missile defenses and radars on sea and on land.

Japanese Vice Minister of Foreign Affairs Shinsuke Sugiyama said that North Korea's nuclear and missile programs represent a "new level of threat." He said some missiles tests have failed, and others have succeeded, but their accuracy has increased.

He said that security cooperation among the three allies was "indispensable."

Sugiyama said that although some changes were expected in U.S. policy toward Asia, he predicted the importance of the U.S. alliances would endure under Trump.

Despite political uncertainty in South Korea, where the president is facing an impeachment trial, First Vice Minister of Foreign Affairs Lim Sung-nam said Seoul still plans to deploy within this year an advanced U.S. missile defense system opposed by China.

The U.S., Japan and South Korea reiterated their long-running call for the complete and irreversible denuclearization of North Korea and for the proper implementation of sanctions which they hope will pressure Kim's government to return to long-stalled disarmament talks.

Blinken said that there were "positive signs" in China's implementation of new U.N. restrictions on imports of coal from North Korea but that it needs to be sustained.

To date, sanctions have failed to stop the North's weapons development, but Blinken said the experience of Iran showed that applying sanctions takes "determination and patience."

"It's not like flipping a light switch," he said.