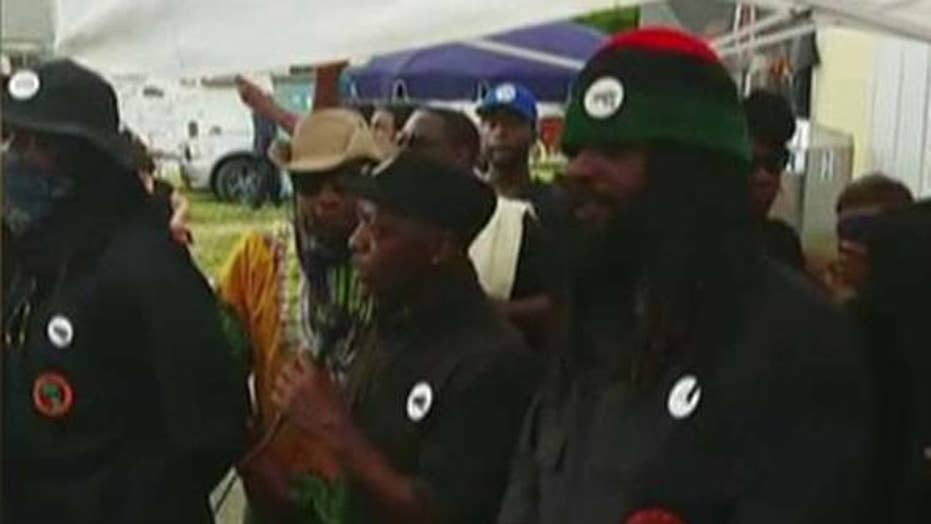 Black Panthers leader says group will have guns around RNC

Open carry is permitted for legally-owned guns under Ohio law

Members of the controversial "black power" group the New Black Panther Party plan to pack legal heat when they hold rallies in Cleveland in conjunction with next week's Republican convention if the law allows, the group's chairman said.

Leaders of the organization, which the Southern Poverty Law Center designates as a hate group, told Reuters that if Ohio's open-carry gun laws allow, its members will bring guns for self-defense. Cleveland police are preparing for mass demonstrations, and word that the New Black Panthers may be armed could complicate preparations.

"If it is an open state to carry, we will exercise our Second Amendment rights because there are other groups threatening to be there that are threatening to do harm to us," Hashim Nzinga, chairman of the New Black Panther Party, told Reuters.

Officials told Reuters it will be legal for protesters to carry registered weapons at demonstrations outside the convention under that state's "open carry" law, which allows civilians to carry guns in public. The state requires permits for concealed handguns, but not for openly displayed guns.

Stephen Loomis, president of the Cleveland Police Patrolmen’s Association, told The New York Times he is urging people not to bring guns near the convention.

“The last thing in the world we need is anybody walking around here with AR-15s strapped to their back,” Loomis said.

In last week's sniper attack in which a lone gunman killed five Dallas police officers during a Black Lives Matter protest against police brutality, cops said they were initially confused as to where the gunfire was coming from because some demonstrators were legally carrying rifles.

The killer, Micah Johnson, was an Army veteran who, before he was blown up by a police robot, said he wanted to kill white people and white police officers. New Black Panther Party leader Quanell X said Johnson had worked with his Houston chapter until a few years ago, when he was allegedly dismissed for calling for violence.