Red flags are being raised about the all-mail voting system being used in Nevada’s most populous county ahead of the state’s June 9 primary election amid reports that thousands of ballots are being sent to inactive voters -- fueling concerns about the possibility of voter fraud and ballot harvesting.

Thousands of ballots have been sent out by the Clark County Election Department to inactive voters – those who have not voted in recent elections, a roster that can include people who either have moved or are deceased – and the envelopes are piling up in post office trays, outside apartment complexes and on community bulletin boards in and around Las Vegas.

The excess ballots have drawn complaints from local residents, who worry that anyone could pick up a ballot off the street and cast a fraudulent vote, as well as from Republican Party officials in the state who see a nefarious motive behind the vote-by-mail system being employed by the Democrat-dominated Clark County Commission.

'This just seems fraudulent to me, something stinks here.'

“What’s going to happen with these things, they’re not secured at all and there are thousands of them just sitting here,” Jenny Trobiani, a postal worker in Clark County who told Fox News that she has seen hundreds of ballots being mailed to inactive voters.

“This just seems fraudulent to me, something stinks here,” she added.

While the coronavirus pandemic has elevated the conversation surrounding mail-in ballots to the national stage, the debate over the issue has been batted back and forth between Democrats and Republicans in the Silver State for a while.

Most recently, the Democratic National Committee, the Democratic Congressional Campaign Committee and progressive political nonprofit Priorities USA dropped a request for immediate relief in a lawsuit against Clark County after officials agreed to implement multiple changes to voting in June that included sending out ballots to inactive voters and opening up two additional in-person voting sites. The lawsuit, however, to eliminate the signature verification process is still in the courts. 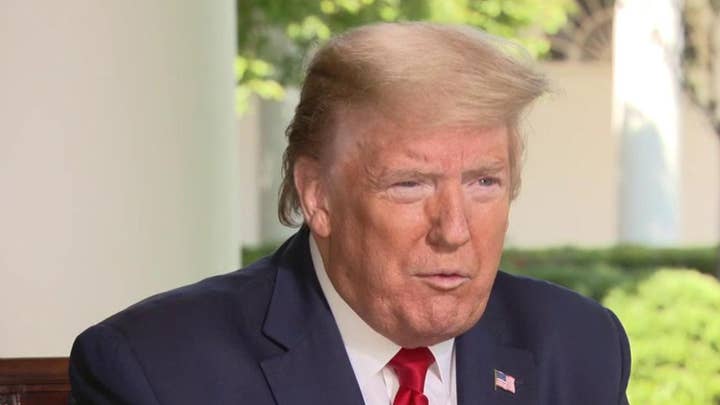 “The Clark County Registrar made the right decision in moving to mail ballots to all registered voters -- not just those deemed ‘active,’ expanding the number of in-person polling locations, and updating their signature review process,” Nevada Democrats said in a statement earlier this month.

According to the court filing, the changes will cost county taxpayers at least $323,000.

Democrats are still miffed that the state’s existing election laws outlaw “ballot harvesting” – calling the statute unconstitutional and raising the specter of further litigation. Ballot harvesting, or the practice of allowing political operatives and others to collect voters’ ballots and turn them in en masse to polling stations, has drawn bipartisan concerns of fraud from election watchers.

The decision by Clark County officials to agree to Democratic demands has vexed Republican Party leaders in the state.

“The Democratic county commissioners were working with the Democratic Party on some kind of backroom deal,” Rick Gorka, the deputy communications director for the Republican National Committee, told Fox News. “If Trump was accused of doing this, there would be an outrage.”

Republicans argue that sending out ballots to inactive voters will make the polling process ripe for fraud.

“Anyone can turn in a ballot they pick off the ground,” Keith Schipper, the Nevada Trump Victory communications director, told Fox News. “This is a dangerous proposition.”

Ballots laying on the sidewalk outside an apartment complex in Las Vegas. (Photo Courtesy of Jim M.)

Schipper added that with Democrats vowing to continue legal action to overturn the state’s ban on ballot harvesting, Republicans are concerned about how the issue will affect the outcome of November’s presidential election in a key battleground state.

“They made it pretty clear they will continue with the lawsuit to make sure they get what they want for the November election,” Schipper added.

Ballots being sent to inactive voters may be a concern for the GOP in Nevada, but nationally Republicans have also railed against ballot harvesting as they worry they’ll see another scenario like the one during the 2018 midterm elections in California’s Orange County.

Despite holding substantial leads on Election Day, many Republican candidates in California saw their advantage shrink, and then disappear, as late-arriving Democratic votes were counted in the weeks following the election. Many observers pointed to the Democrats' use of ballot harvesting as a key to their success in the elections.

In Orange County, Calif. – once seen as a Republican stronghold in the state – every House seat went to a Democrat after an unprecedented 250,000 vote-by-mail drop-offs were counted, the San Francisco Chronicle reported.

“People were carrying in stacks of 100 and 200 of them. We had had multiple people calling to ask if these people were allowed to do this,” Neal Kelley, the registrar for voters in Orange County, said at the time.

Several states have enacted some restrictions on the practice, while others have expressly allowed it or failed to regulate it at all. According to a 2019 analysis by Ballotpedia, 24 states and the District of Columbia permit someone chosen by the voter to return mail ballots on their own, with nine of those states adding some specific exceptions.

Twelve states outline who specifically can return ballots (such as family members or caregivers); and one state explicitly requires that only voters can return their ballots. Eleven states establish a limit on the number of ballots that a so-called "harvester" can return.